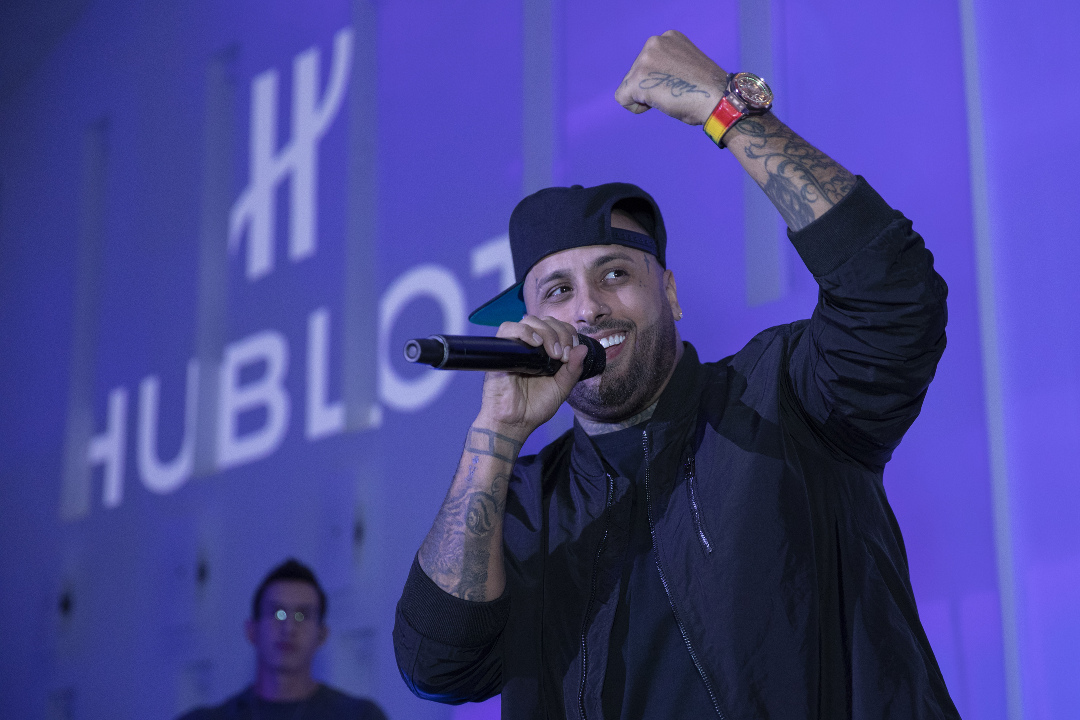 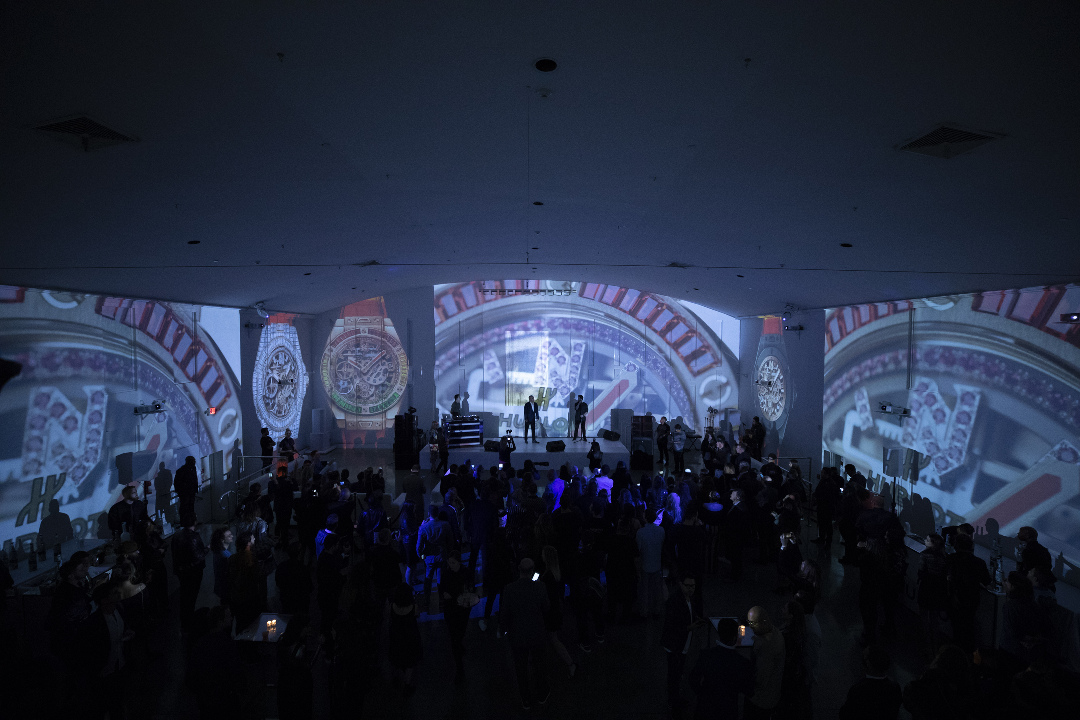 Berkeley Bespoke had the pleasure to attend a fascinating evening hosted by Hublot and Nicky Jam during the Art Basel week in Miami. The night, where Hublot has unveiled the Big Bang Meca-10 Nicky Jam watch with a model available in three versions, designed in collaboration with the urban music singer, star of the charts and brand ambassador.

Nicky Jam became a Hublot ambassador in June of this year and it seemed only natural for the Nyon watchmaker to work with the internationally renowned singer. After topping the charts in 2015 with the success of his track “El Perdon”, he had the whole World singing this summer with “Live it Up”, the official song of the 2018 FIFATM World Cup in Russia, a competition for which Hublot is the Official Timekeeper. As if that were not enough, at the same time, he reached new heights with his single “X (Equis)”, which is approaching 1.4 billion views on YouTube! 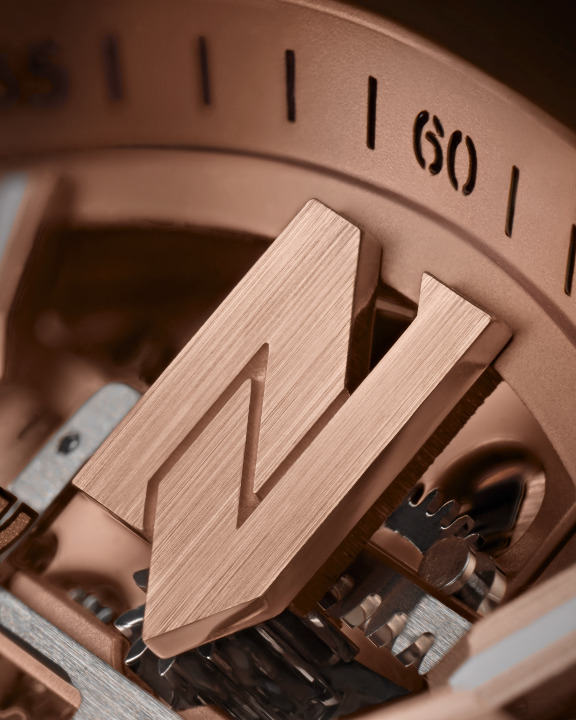 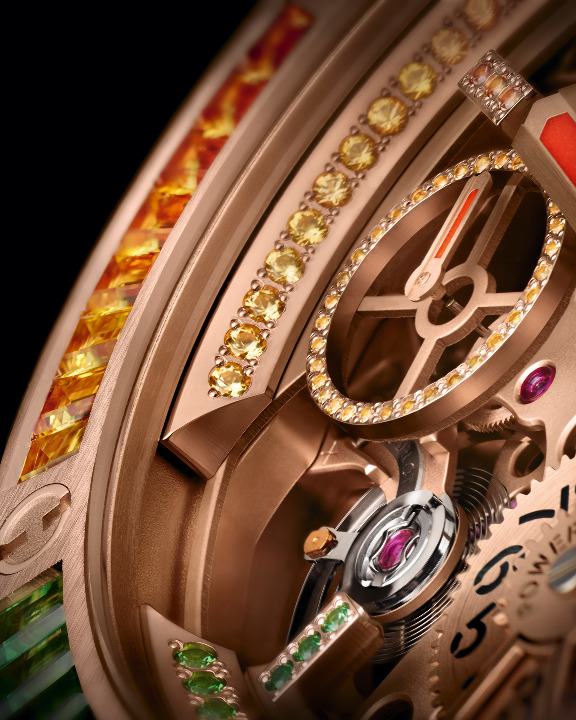 It was in front of an audience of select guests – VIPs, stars and friends of the brand – that Hublot celebrated the talent of Nicky Jam during a lively party at The Temple House, Miami. For the occasion, the prestigious venue in the heart of the South Beach district saw itself covered in light: its façade and its interior walls served as a screen for a mapping animation and artistically projecting films and photographs. 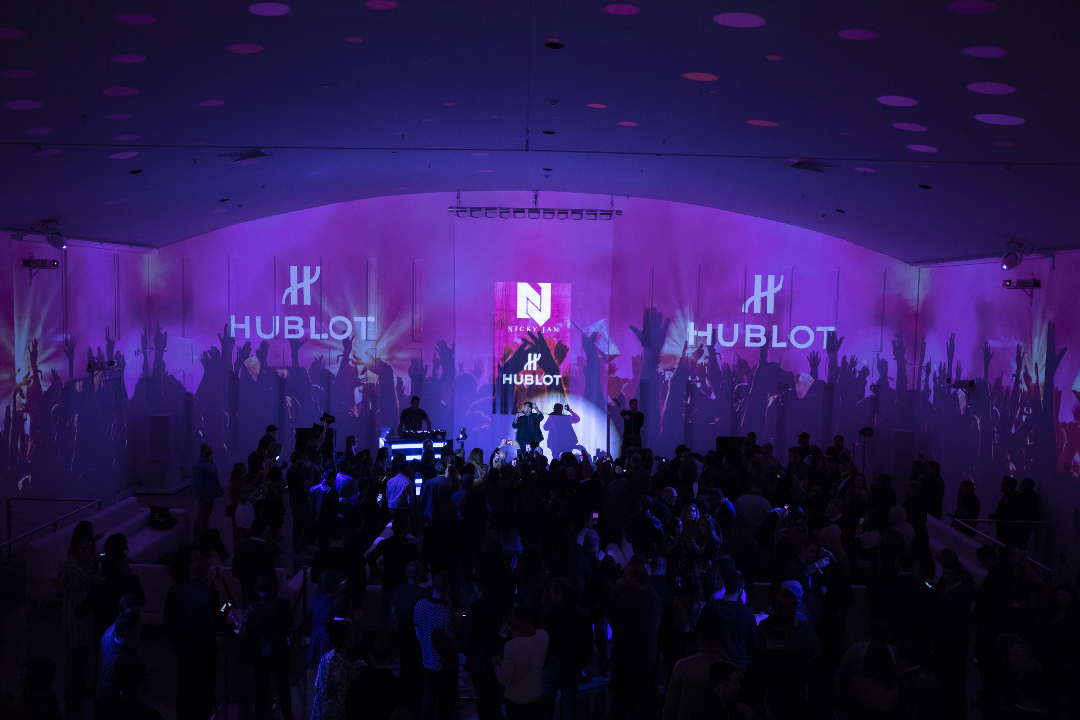 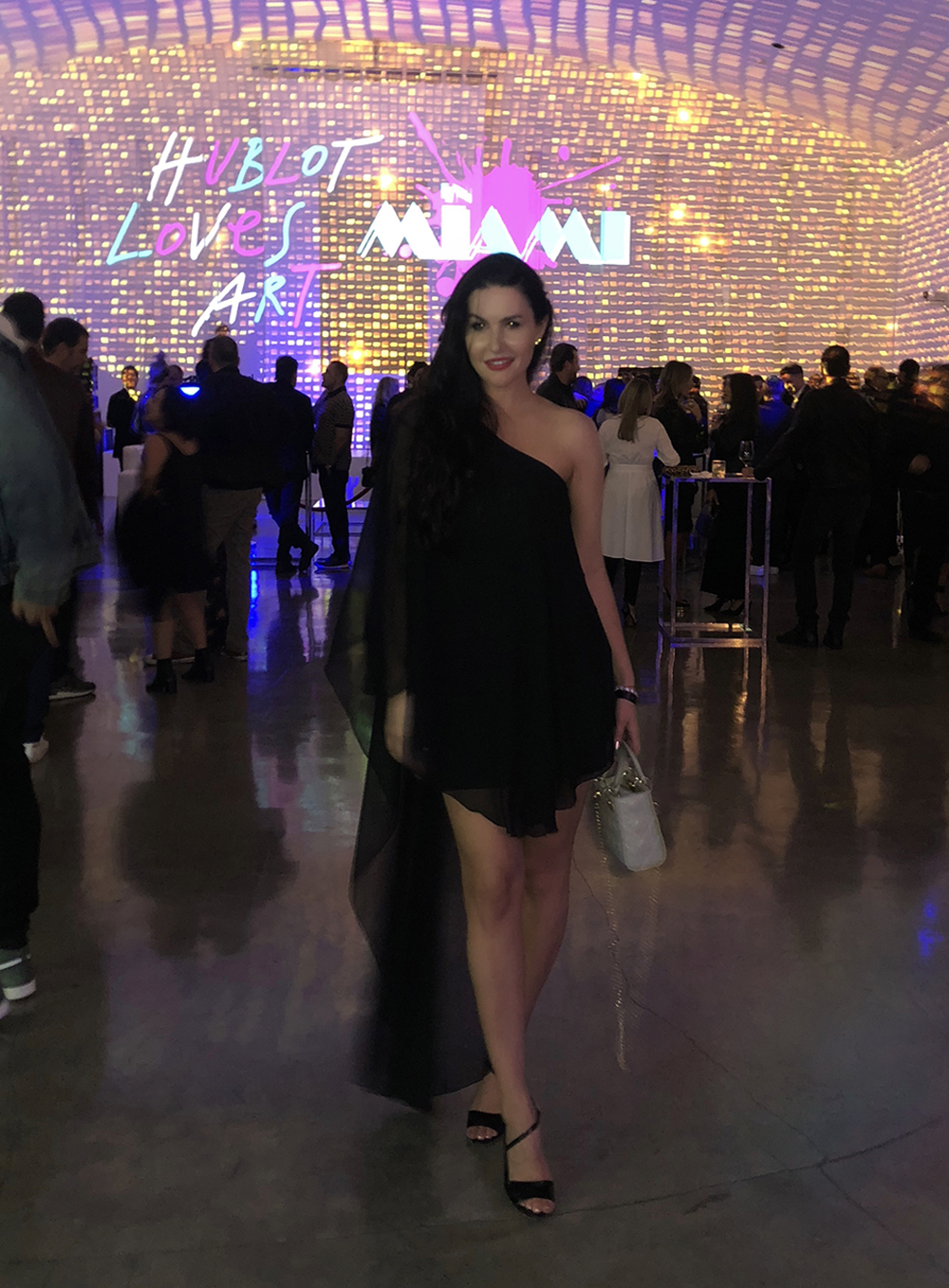 It was in this sumptuous setting that Ricardo Guadalupe, CEO of the brand, gave a warm speech thanking Nicky for joining the Hublot family, and unveiled the first fruits of this collaboration: the Big Bang Meca-10 Nicky Jam watches.

These watches come in three different versions based on the famous Big Bang, the Swiss brand’s icon. With a 45-mm diameter, they are powered by the HUB1201 manufacture calibre, whose innovative construction reveals, on the dial side, all of the original imbrication of its 10-day power reserve that gave this model its name: Meca-10! As Nicky Jam sings in one of his hits: “…sin parar, sin parar!” For the first time the watch is skeletonised and gold-plated, thus offering the piece a brand-new look. The art of fusion in all of its glory! 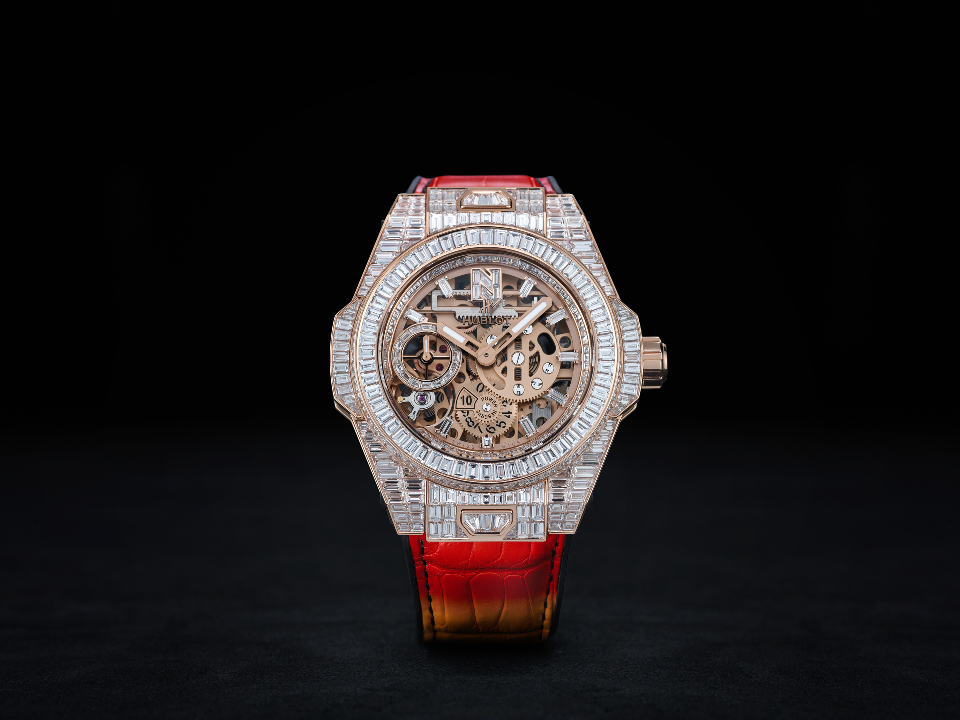