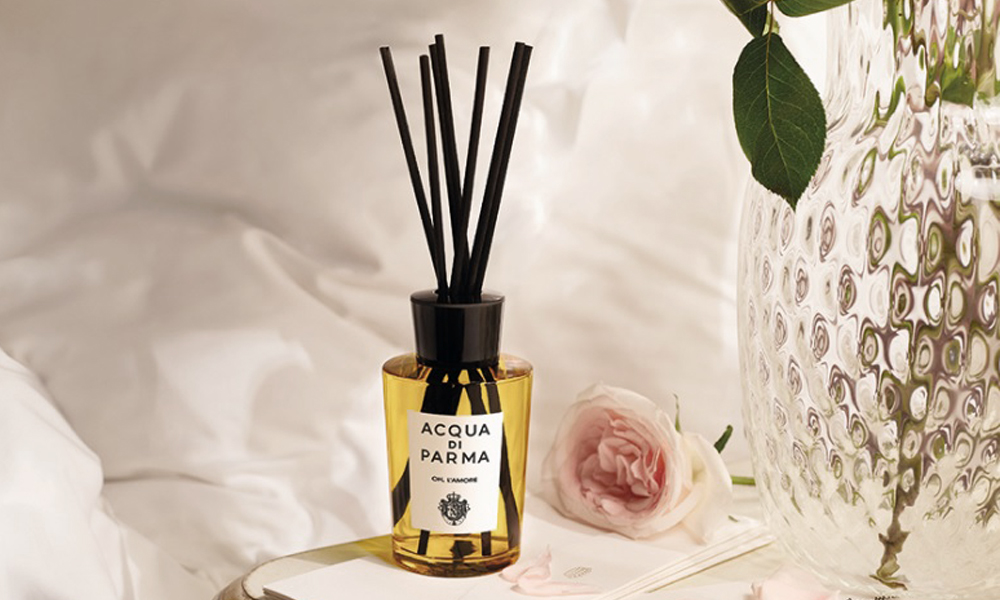 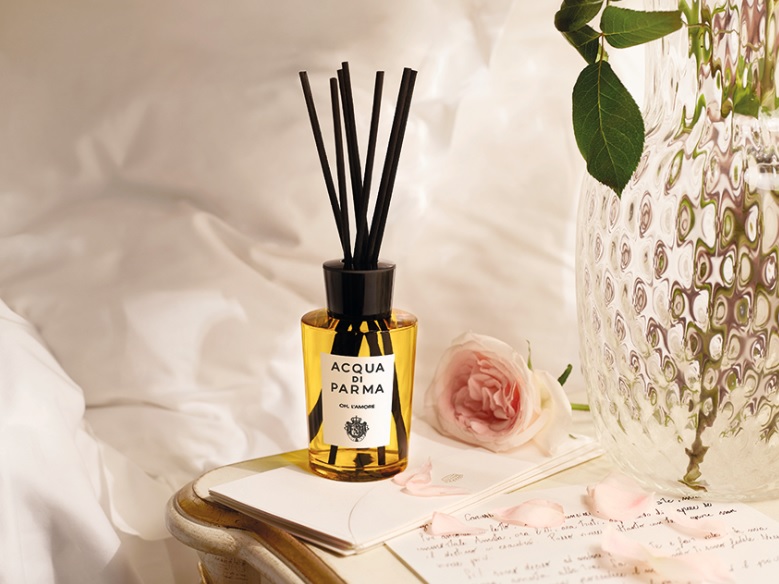 Adding to its already extensive lifestyle offering, Acqua di Parma brings its Italian flair to the home with its debut line of candles and home diffusers. Encapsulating all aspects of Italian lifestyle and heritage, the range is centred around ten fragrances, five capturing the way of Italian living and five inspired by the Blu Mediterraneo line evoking the scent of Italian Mediterranean.

Immersive moments captured, the candles and home diffusers reminisce the art-deco codes conveyed through the brand’s iconic bottles and this is reflected in the design and packaging of the line. Signature scents in the collection include Luce di Colonia, a citrusy fragrance of fresh, zesty notes of orange and lemon with an alluring timeless appeal and Chinotto di Liguria, a journey through Western Liguria embodying notes of chinotto fruit and spicy cardamom.

Also launching is new addition to the Blu Mediterraneo portfolio, Cipresso di Toscana, a fragrance devoted to the to the Cypress tress of Tuscany. Available as a fragrance, shower gel and powder soap notes include sage and lavender with base notes of cypress and pine. Acqua di Parma’s rich heritage began as far back as 1916 when master perfumers created the original Colonia made using only natural ingredients. 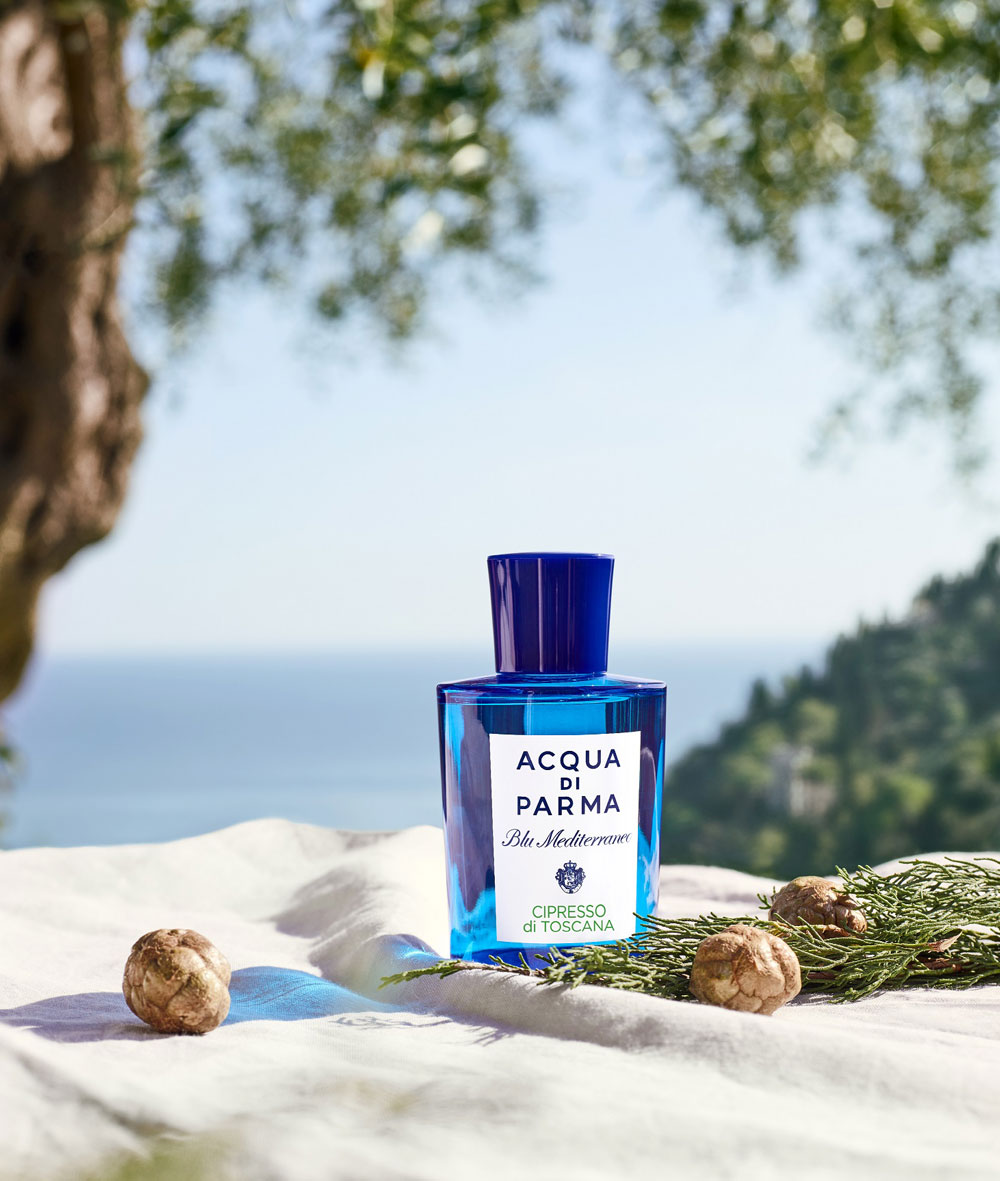 Refined Italian style and an authentic DNA referencing back to the twentieth century, the brand was initially founded by Italian heir Baron Carlo Magnani who lived in Parma at the time. Inspired by his grandfather, a painter and set designer, he commissioned the first cologne to create a signature scent that would represent the heritage of art and culture present in him and generations to come. It was from this point that Acqua di Parma takes its modern-day references, everything from the iconic yellow branding reminiscent of Parma’s aristocratic houses to the logo borrowed from the royal shield in a nod to the coat of arms of the Dukes of Parma during the time of Duchess Marie Louise.

During the 1930’s through to 50’s, Colonia reached international success establishing itself as the cult fragrance during this influential period, by the 90’s, Acqua di Parma was born introducing a new way of Italian style. Remaining true to its origins, the brand was eventually acquired by LVMH in 2001 branching out into new avenues of women’s fragrance, accessories and home collections. Now a global household name, Acqua di Parma begins a new era under the direction of newly appointed CEO Laura Burdese who follows in the footsteps of Gabriella Scarpa who continues her role as Chairman of LVMH Italy.