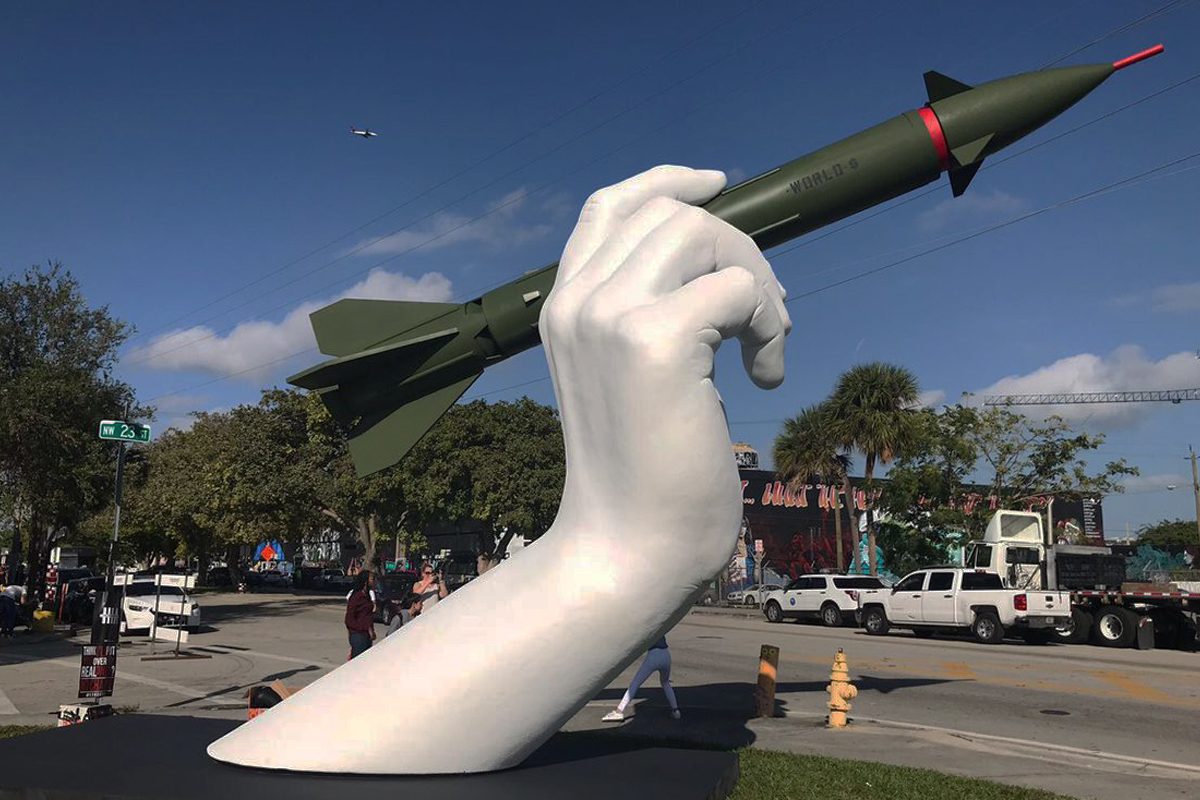 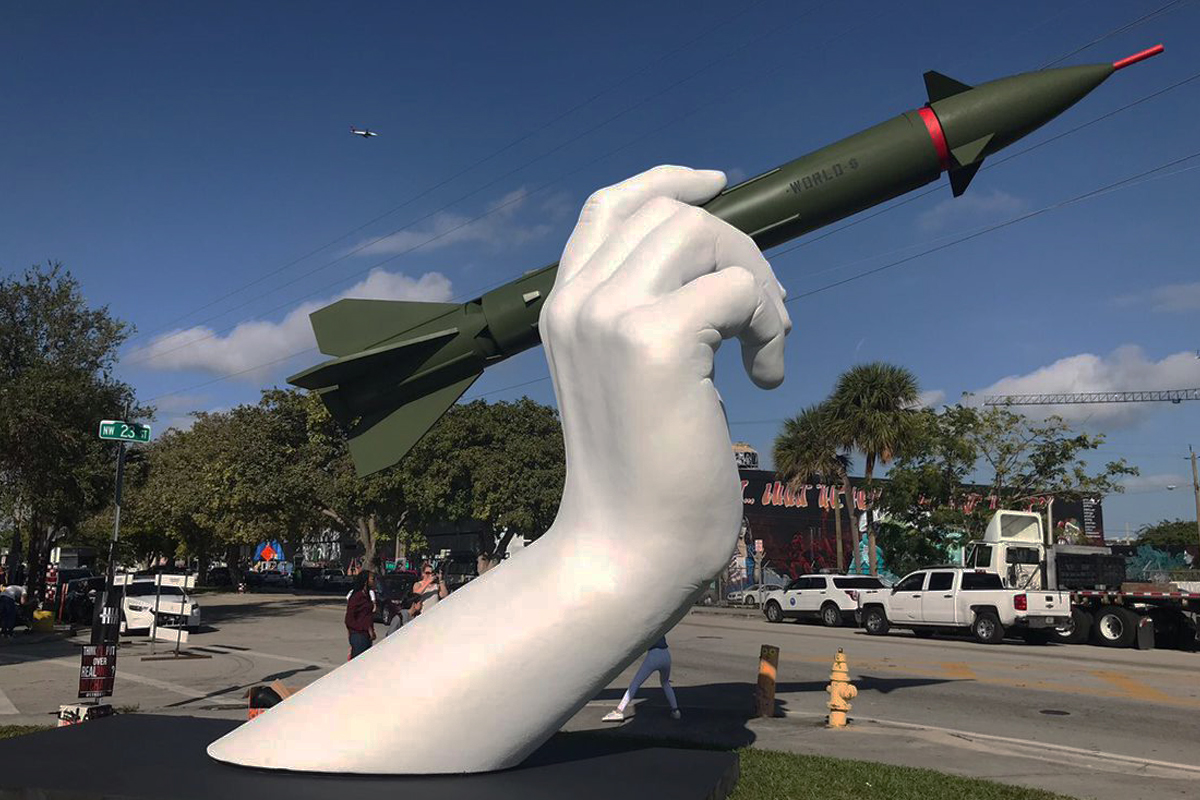 “A Dangerous Game” by Lorenzo Quinn

Following the phenomenal worldwide success of contemporary artist’s sculpture, “Support” at this year’s Venice Biennale, Lorenzo Quinn has presented another masterpiece to the World – “A Dangerous Game”.

On December 8th, the sculpture was unveiled at Mana Wynwood during Miami Art week. Internationally renowned as one of the most popular sculptors of our times, Lorenzo Quinn’s installation highlights the escalating threat of nuclear war in our world. “A Dangerous Game” shows a giant child’s hand holding a missile aimed at a target of the United Nations.

The team at Berkley Bespoke has travelled over the ocean to congratulate the artist with his successful installation and we highly admire his efforts in bringing the attention to the environmental changes and World peace. 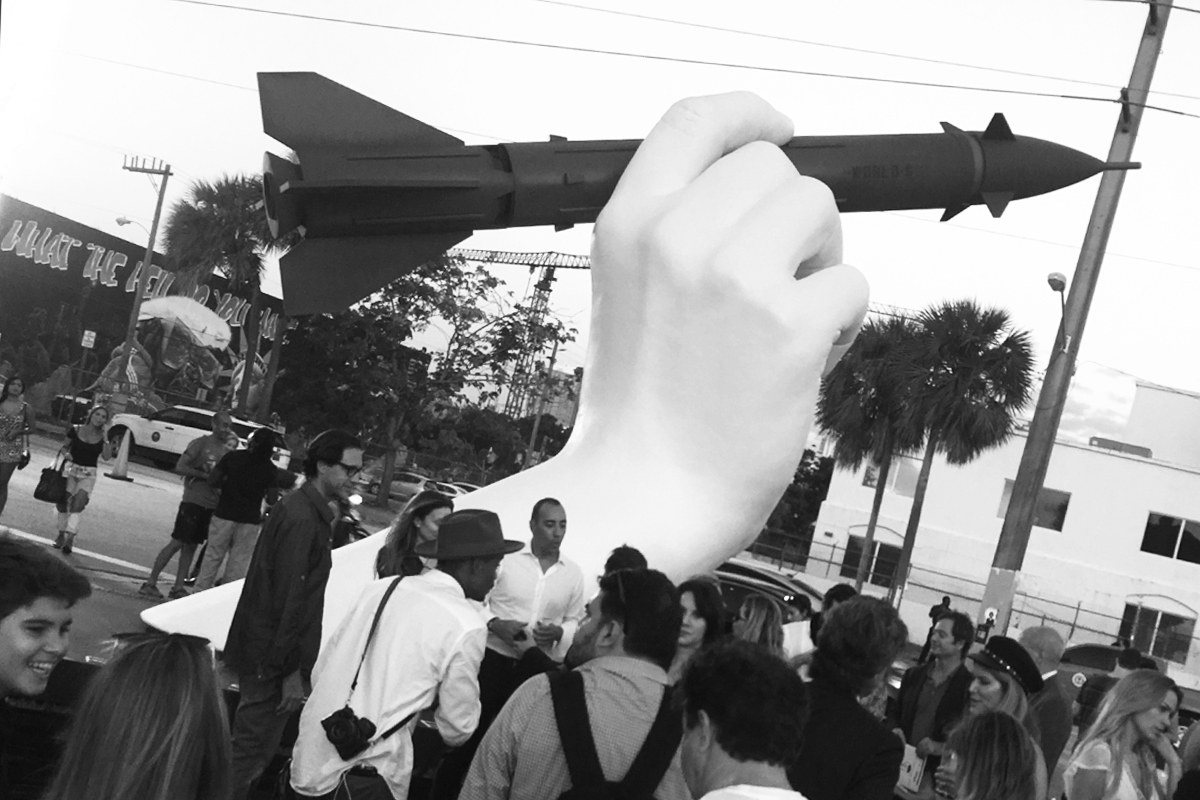 The sculpture was installed to coincide with Miami Art Week and has become the most talked about sculpture of the week. 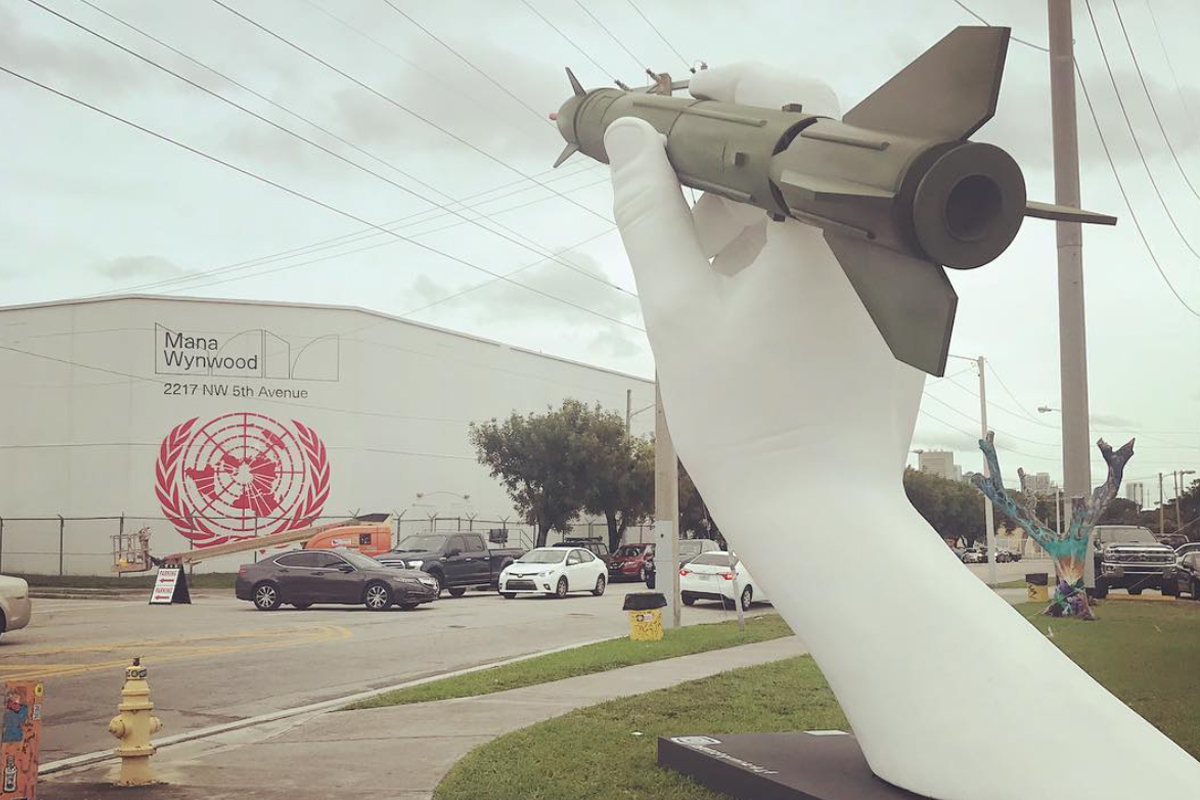 The piece is comprised of steel, resin and fiber, and was shipped directly from Spain, where Lorenzo Quinn took about 3 months to construct. It is available for viewing at 2217 Northwest Fifth Avenue.