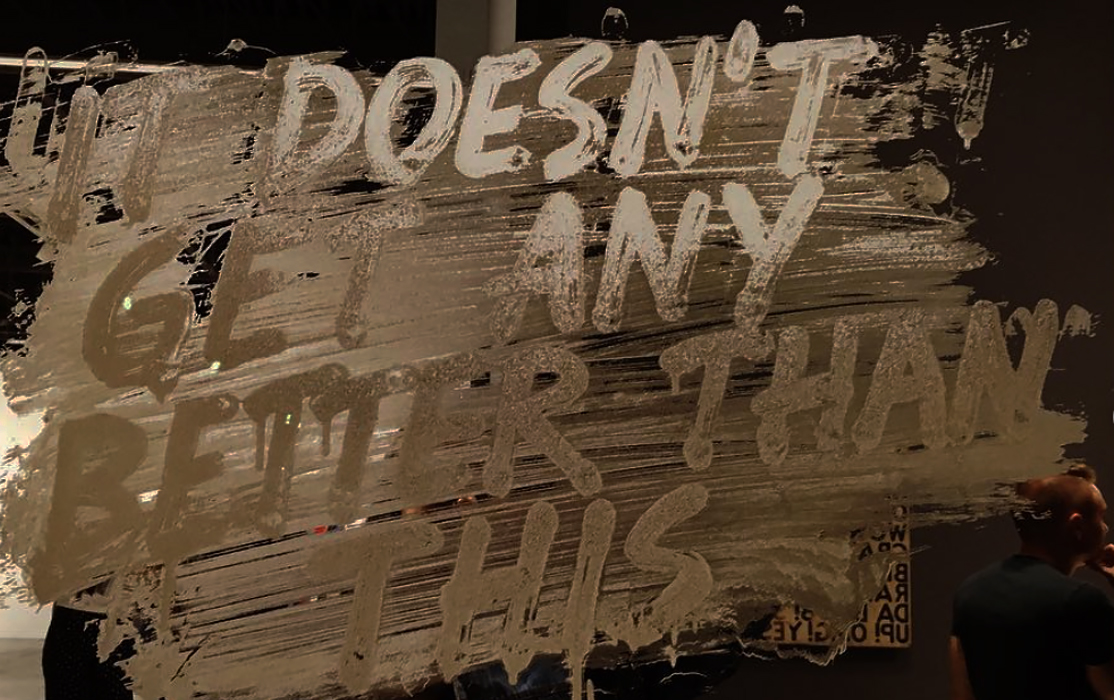 Several works went for more than $1 million at the 17th edition of Miami Art Week’s main fair. A 1963 Lee Krasner painting sold for $3.6 million at Kasmin, while a new painting by George Condo went for $1.1 million at Skarstedt

The 17th edition of Art Basel Miami Beach has been marked by countless highlights. They include Abraham Cruzvillegas and Bárbara Foulkes’s incredible performative installation in the Grand Ballroom; exceptional works by feminist pioneers such as Ellen Cantor, Judy Chicago, or Faith Wilding; stimulating discussions in the frame of our Conversations program, curated by Mari Spirito; eye-opening Latin American positions by artists Feliciano Centurión or Artur Lescher, among others; and exciting contributions by a young generation of creative minds that include Marguerite Humeau, Eric N. Mack, Tschabalala Self, and Issy Wood. 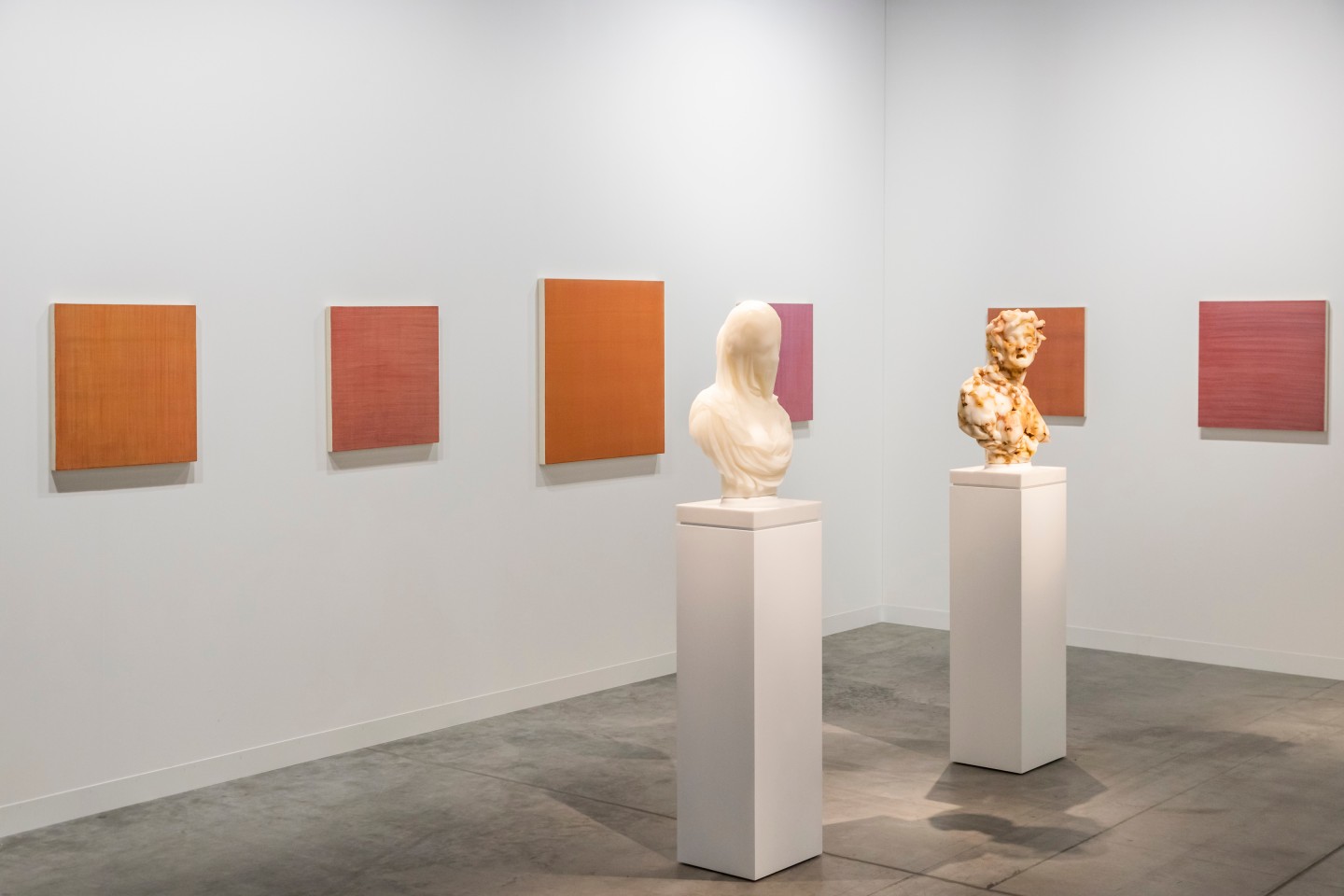 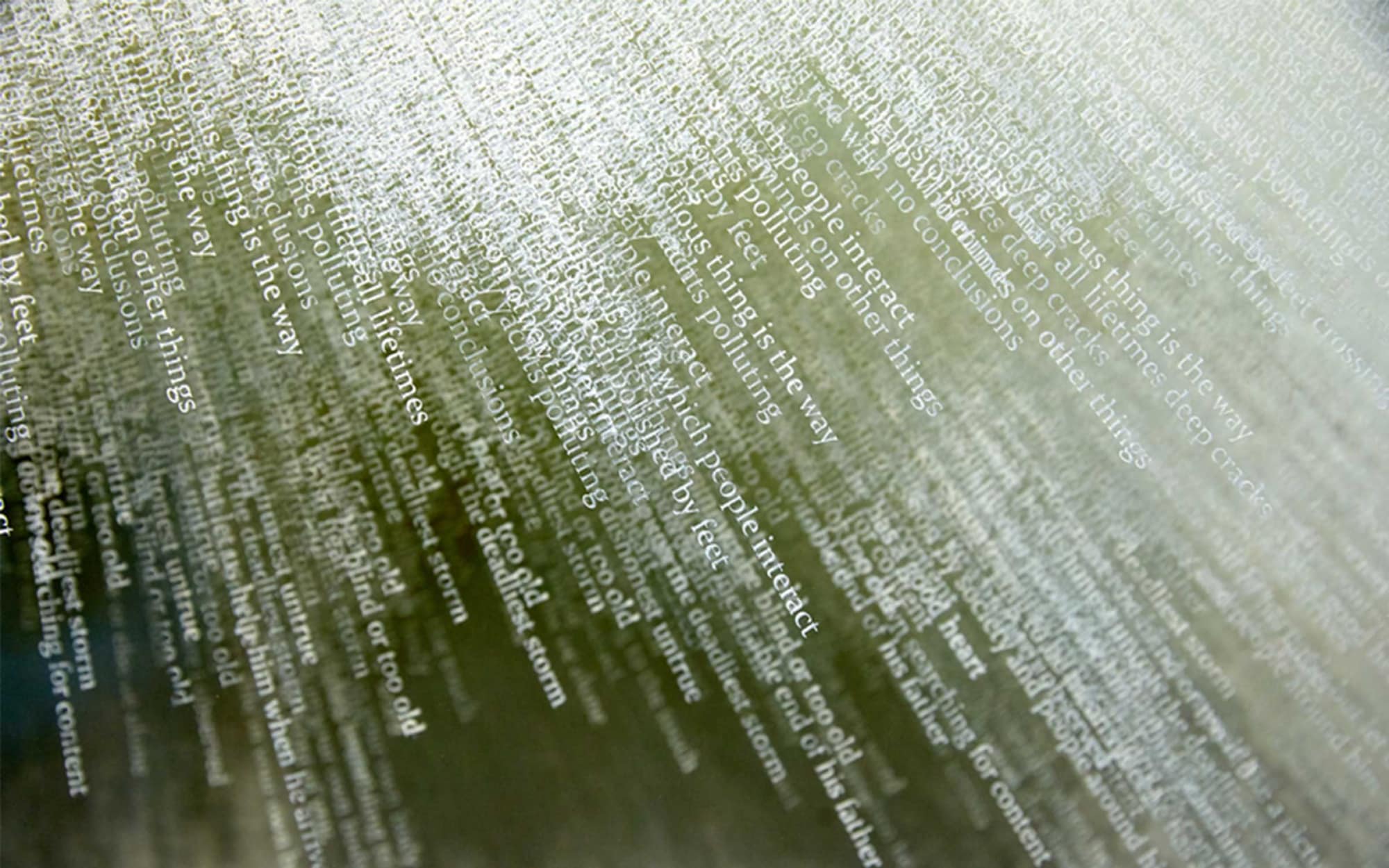 And Art Basel’s director for the Americas, Noah Horowitz, said on Tuesday that in a market affected by collectors’ passions and moods—which can be swayed by a season of auctions as much as by the macro-economy—the fair expects strong performance during its five-day run.
“There’s recently been some volatility in the markets; everyone is cognizant of that,” he said. “In the end, the fall auctions in New York were very solid, and that at least impacts psychology—people have sort of exhaled and are showing up onsite here full of enthusiasm.”
But uncertainty in aspects of their financial lives may lead collectors to seek out safer bets in Miami this week, retreating to more easily traded mediums like painting, for example, or to take more time when considering acquisitions. Both tendencies were observed by dealers during Art Basel in Miami Beach’s opening day. 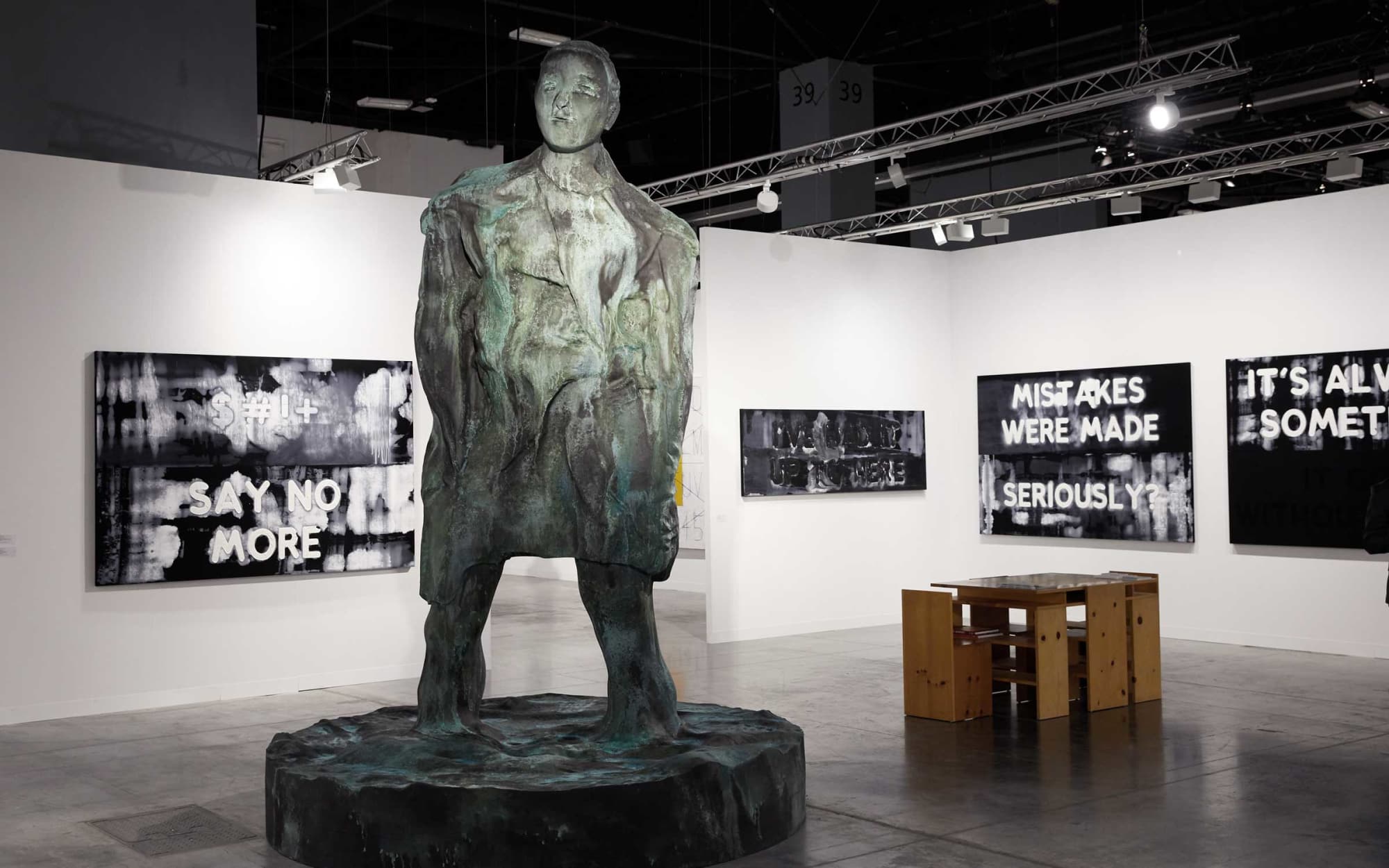 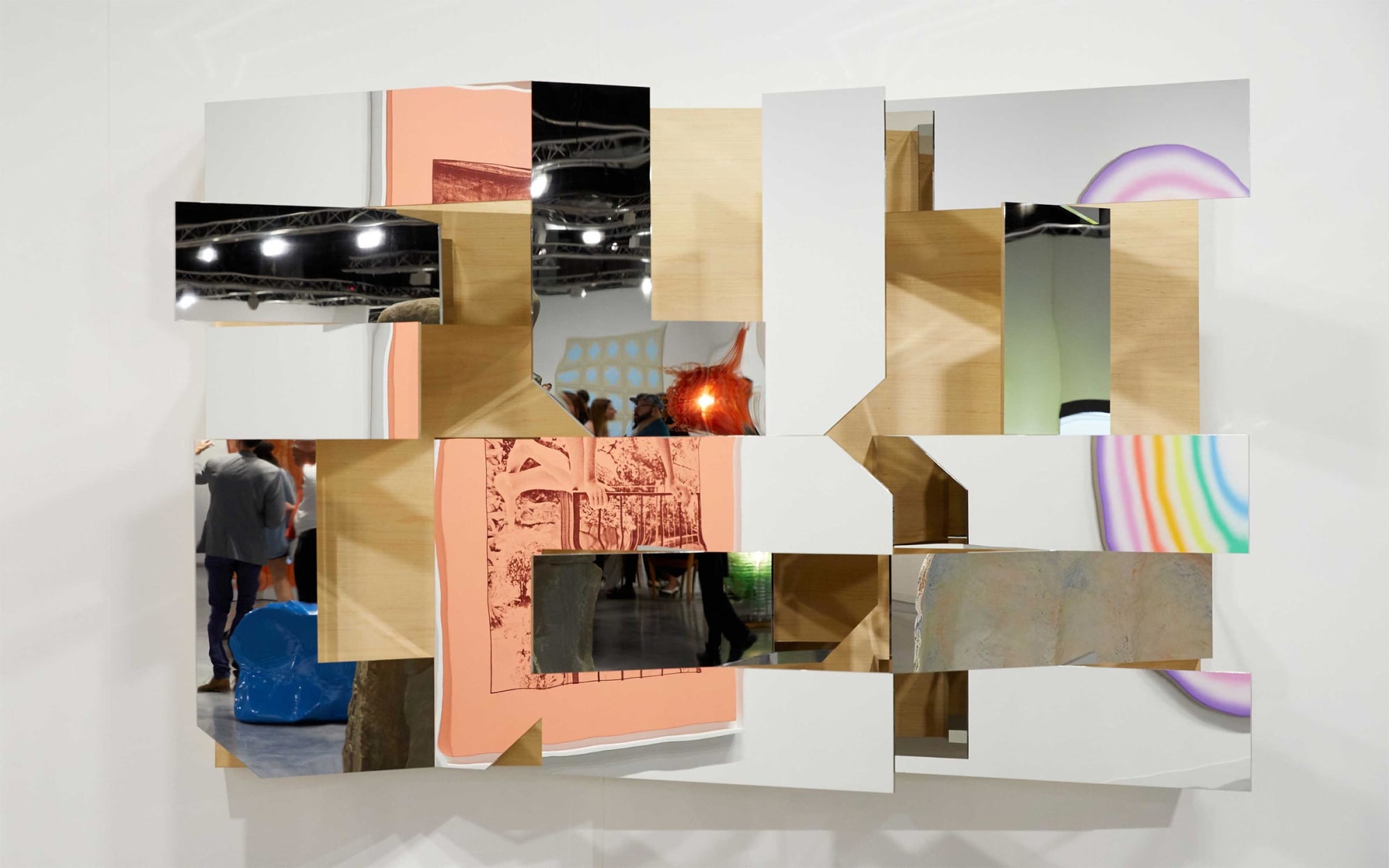 Noah Horowitz, Director Americas, Art Basel, commented: ‘This year marks an exciting new chapter for our Miami Beach show. The now completely renovated and state of the art Miami Beach Convention Center enables us to deliver a fair of the highest caliber and sophistication, opening up unprecedented possibilities – as we have been able toillustrate with the staging of Abraham Cruzvillegas’ multidisciplinary installation that wepresented in partnership with The Kitchen.

The quality of work and presentations by our exhibitors have also never been higher and attendance by private collectors and institutions continues to be strong across all regions.’ 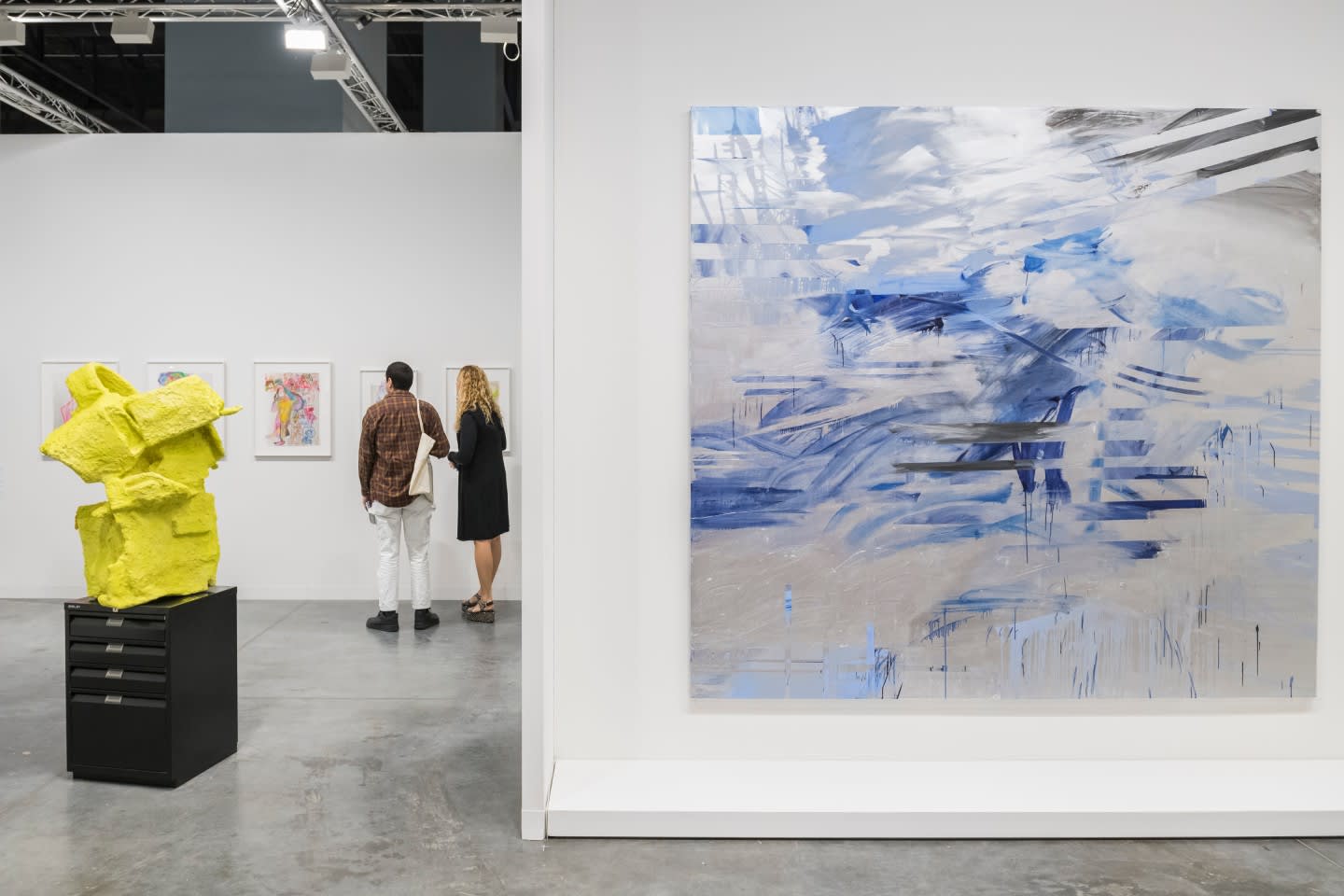 Art Basel’s renowned talks series, which was attended by nearly 2,000 visitors, brought together leading artists, gallerists, collectors, art historians, curators, museum directors and critics from across the world. Programmed for the fourth and last year by Mari Spirito, Founding Director of Protocinema, Istanbul, the program featured 18 talks, offering perspectives on producing, collecting and exhibiting art and serving as a platform for dialogues and discussions on current topics from feminism in the artworld to blockchain technology.

This year’s Premiere Artist Talk was devoted to the Puerto Rican artist duo Allora & Calzadilla. Conversations was free and open to the public. Videos of all Conversations are available at artbasel.com/miamibeach/conversations shortly after the show. Next year’s Conversations program in Miami Beach will be programmed by writer, gallerist and art fair founder Edward Winkleman. 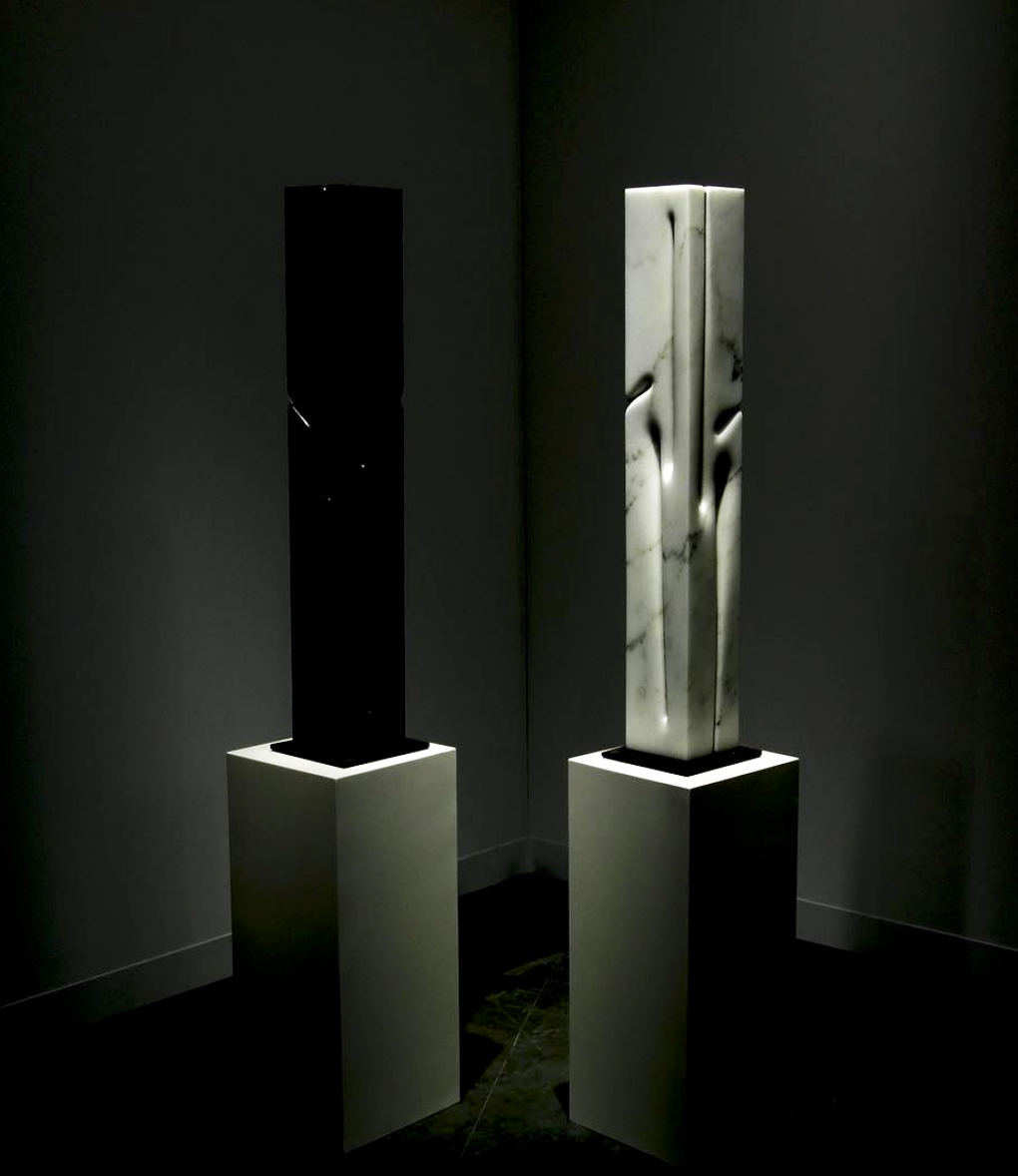