Taking its coveted position in Mayfair’s glitzy Berkeley Street, Arkady Novikov’s first restaurant outside of Russia remains the place to be and be seen by the international jet-set who flock to it on a nightly basis.

The restaurant mogul doesn’t need any introduction, having established himself as Russia’s favoured restaurateur since opening his first seafood restaurant back in 1992 and now counts more than 50 venues across Moscow and St Petersburg in his impressive portfolio.

Having rapidly expanded in a post-soviet world, Arkady’s rise to acclaim has seen him win numerous awards across hospitality, and after abandoning the opportunity to open his first international outpost in Milan, he set sights on London in 2008 and with that, Novikov London was opened in 2011. 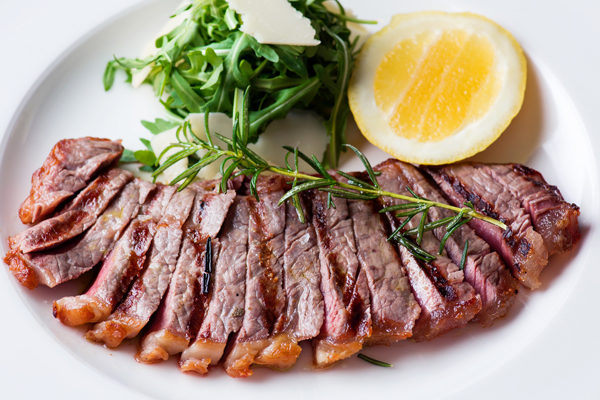 Now standing as the Novikov Restaurant & Bar’s flagship location, Novikov London houses a Pan Asian restaurant, Italian restaurant and glamourous lounge bar and has since paved the way for branches internationally across the likes of Miami, Moscow, Bodrum and Doha to name a few.

Led under the direction of Head Chef Marco Torri, formerly of Bond Street favourite Semplice, The Italian at Novikov offers a menu of classic Italian dishes with a culinary flair with seasonal specials, meat and fish at the core. Split into antipasti, pasta, risotto & soup and mains, the menu is easy to navigate, though the dishes are large and it’s best to share some of the courses to really a catch an appetite for this gastronomic haven.

Full of innovative flavours, the antipasti makes just as well for a light lunch as it does a starter over an Aperitivo. More familiar dishes such as burrata and beef carpaccio prepared to perfection sit alongside signature plates of king crab salad and finely sliced veal served with a delectable black truffle tuna sauce. 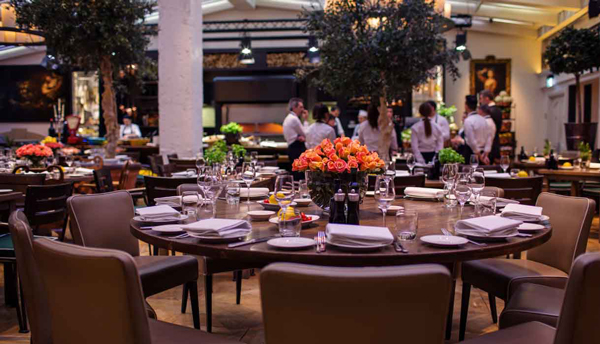 Sure to please even the most discerning of diners, Novikov Italian’s main courses explore the finest cuts of meat and fish along with the best in seasonal produce, much of which is sourced from Brent Eleigh Walled Garden, Arkady’s Suffolk project in which he is in partnership with Mr and Mrs Stephens of Brent Eleigh Hall.

A fine choice of classic meat and prime cuts of Wagyu sirloin and rib-eye steaks are cooked to sheer perfection and the wood-roasted kid goat is a favourite along with the Scottish lamb cutlets which come served with new season tomatoes.

Fine dining at its best, masterfully prepared fish is also championed on the menu and the sea bass fillet served with sweet & sour roasted peppers & Salmoriglio sauce is a good choice along with the fish & vegetables skewer which gives a taste of scallop, prawn, salmon and octopus all on one skewer.

Finish the meal with Novikov’s cheeses (a choice of 3, 5 or 7 cheeses) and one of the tantalising desserts, each with a wine recommendation and one is sure to be wanting to return over and over again as Novikov’s loyal patrons continue to do so……

Open daily, Novikov is open for both lunch and dinner, recommendations for both the Italian and Asian are recommended, the bar is available on a walk-in basis, though on busier nights a table booking is advised.