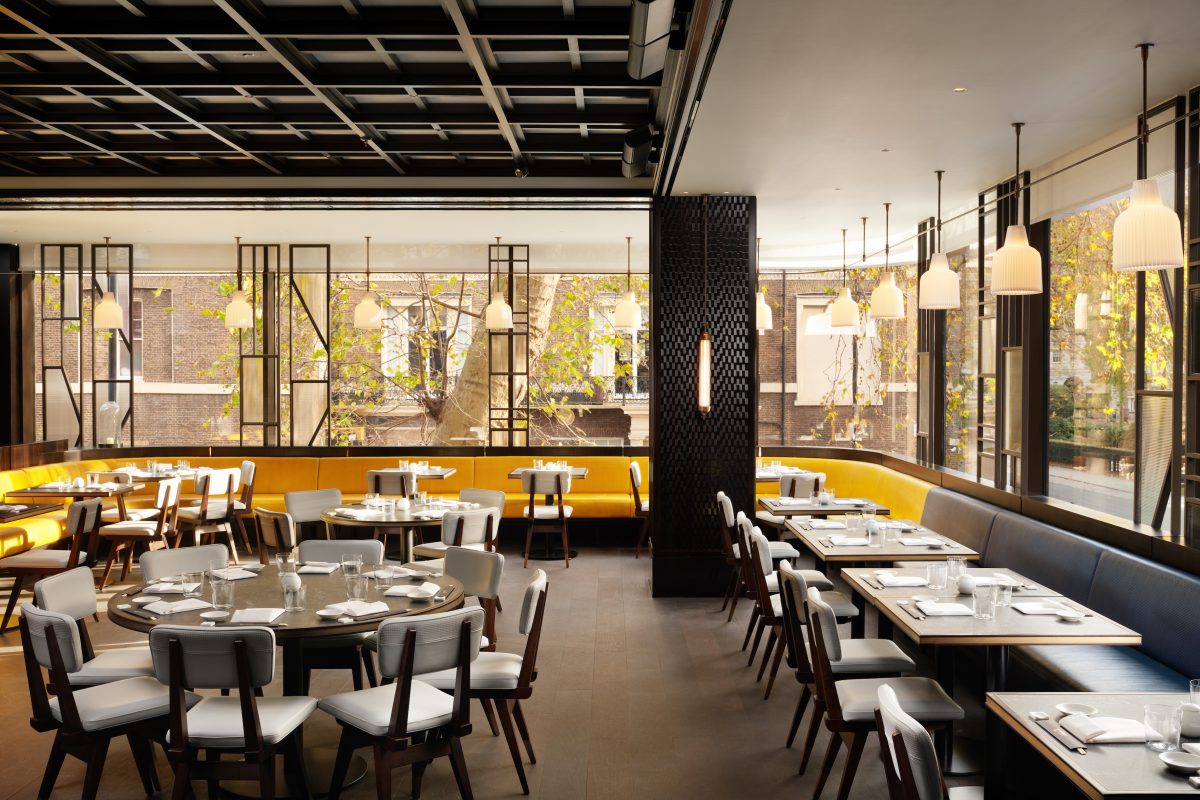 Housed within Nobu’s 13th hotel and second within London after its debut in Shoreditch, the Nobu Restaurant & Bar offers a stylish lounge, dining space and an outdoor terrace all serving Nobu Matsuhisa’s celebrated signature dishes.

In keeping with the tones of the hotel, the restaurant takes inspiration from modern architectural design and minimalist accents are echoed throughout along with a contemporary, yet refined colour palette influenced by Japanese heritage.

With a menu brimming with classic Nobu favourites spread across sushi, nigiri, sashimi, hot and cold dishes, diners can choose to either eat a la carte or opt for the Omakase tasting menu which is spread over multiple courses of dishes curated by the chefs, and Nobu also offers a separate lunch menu during the day.

In keeping with the core aesthetics at the heart of Nobu’s tradition, the menu is very much devised to be shared. Start with some shuko snacks and the ever-popular Nobu Tacos which come as a pair of two, with choices including lobster, king crab and Wagyu beef to name a few.

Perhaps best known for its mastery of sushi, one simply cannot come to this trendy jaunt without sampling some of the handcrafted nigiri and sashimi served. Again one has the choice to order their personal favourites, or the restaurant can prepare a selection of either sushi or sashimi. Highlights include the yellowtail & jalapeño sushi maki as well as the house special.

As any avid Nobu connoisseur will know, the food does typically come out at varied times as and when it is prepared and so do bare this in mind when ordering as the hot and cold dishes do often come out together.

It’s probably best to order between 3-4 dishes per person to best experience the contemporary Japanese cuisine the restaurant is so well renowned for. Must-try dishes on the menu range from the creamy spicy snow crab prepared in the wood oven, Nobu’s celebrated black cod miso and the spicy garlic vegetables which go well nicely either alone as a vegetarian option or as a side dish to some of the larger plates.

Do also be sure to savour your sweet tooth with one of the desserts which include a cheesecake named after its former Upper Berkeley Street location and take the time to indulge in one of Nobu Portman Square’s signature cocktails which feature a Japanese Fizz served with vodka and a Yuzu sorbet through to a refreshing Nassau Punch which is made up of rum, passion fruit and liquorice served long.

Open daily, Nobu serves lunch from 12pm – 2.30pm Monday to Friday and half-hour later at weekends with dinner service starting daily at 6pm til close. A stunning private room is also available for events and can accommodate up to 24 guests.

Reservations can be made here.