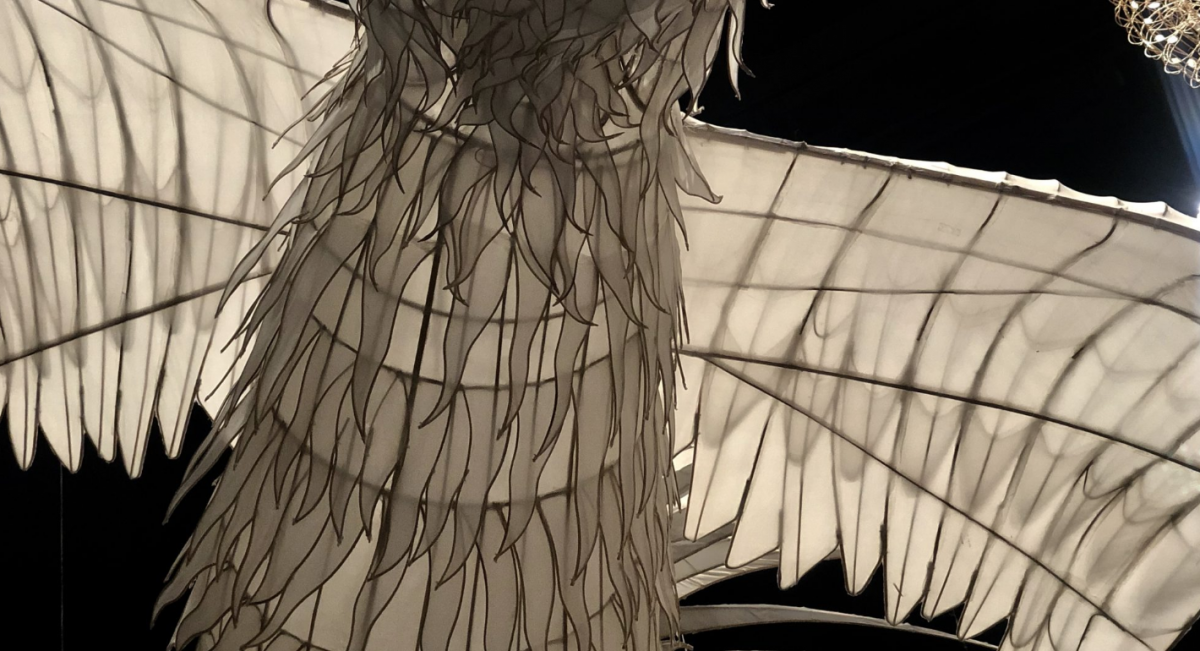 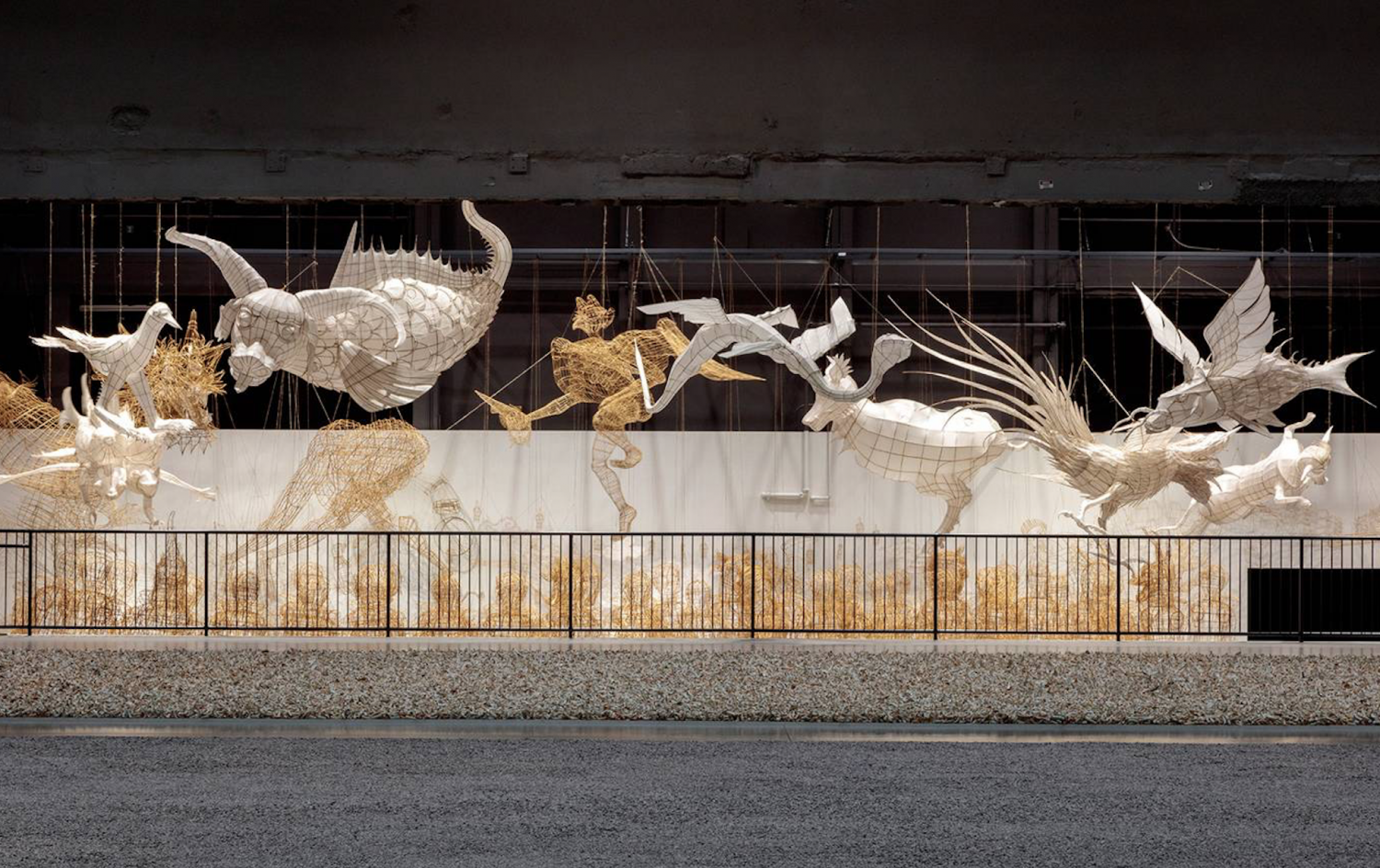 Marciano Art Foundation is pleased to announce the third MAF Project in the Theater Gallery, a solo exhibition of Chinese artist Ai Weiwei, on view from September 28, 2018 — March 3, 2019. This exhibition is Ai’s first major institutional exhibition in Los Angeles and will feature the new and unseen work Life Cycle (2018) – a sculptural response to the global refugee crisis. The exhibition will also present iconic installations Sunflower Seeds (2010) and Spouts (2015) within the Foundation’s Theater Gallery.

On view for the first time in the Black Box, Life Cycle (2018) references the artist’s 2017 monumental sculpture Law of the Journey, Ai’s response to the global refugee crisis, which used inflatable, black PVC rubber to depict the makeshift boats used to reach Europe. In this new iteration, Life Cycle depicts an inflatable boat through the technique used in traditional Chinese kite-making, exchanging the PVC rubber for bamboo. 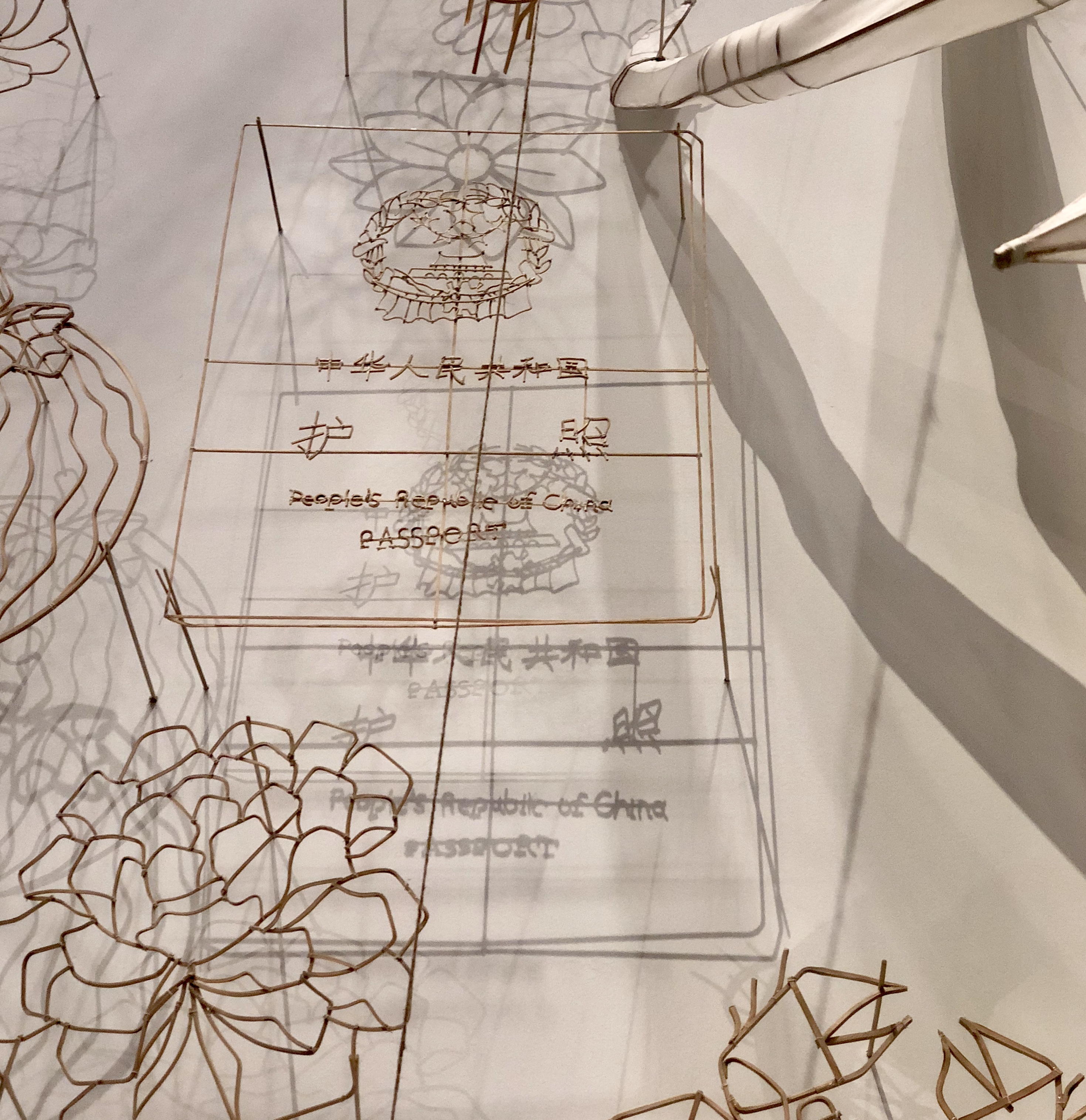 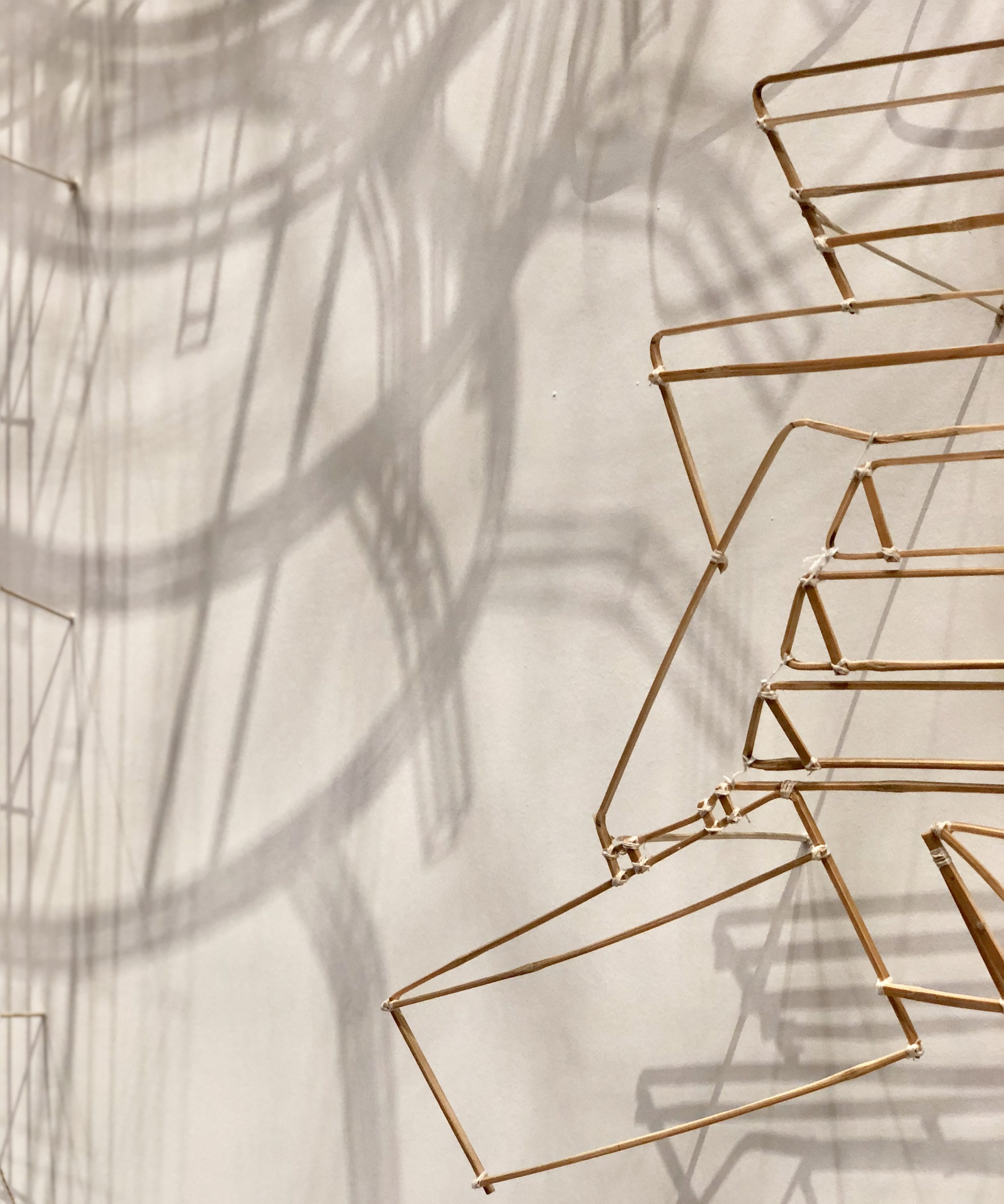 Suspended around the boat installation are figures crafted from bamboo and silk. In 2015, Ai began creating these figures based on mythic creatures from the Shanhaijing, or Classic of Mountains and Seas. The classic Chinese text compiles mythic geography and myth; versions of the Shanhaijing have existed since the 4th century B.C. These works are crafted in Weifang, a Chinese city in Shandong province with a tradition of kite-making dating back to the Ming dynasty (1368–1644).

Windows (2015), which hangs along the perimeter of the Black Box, draws from Chinese mythology, the tales and illustrations of the Shanhaijing, the history of 20th-century art, and the life and works of the artist. The vignettes feature a dense mix of biographical, mythological, and art historical references to craft a contemporary story. Similar to chapters in a book, or acts in a play, the various scenes include the mythological creatures of the Shanhaijing alongside bamboo versions of Ai’s earlier works, such as Template and Bang, and homages to Marcel Duchamp and Jasper Johns. A central theme running through the ten vignettes is freedom of speech and Ai’s efforts in defending it. Motifs recurring in Ai’s practice—the bicycle, the alpaca, symbols of state surveillance and control—are repeated and multiplied. 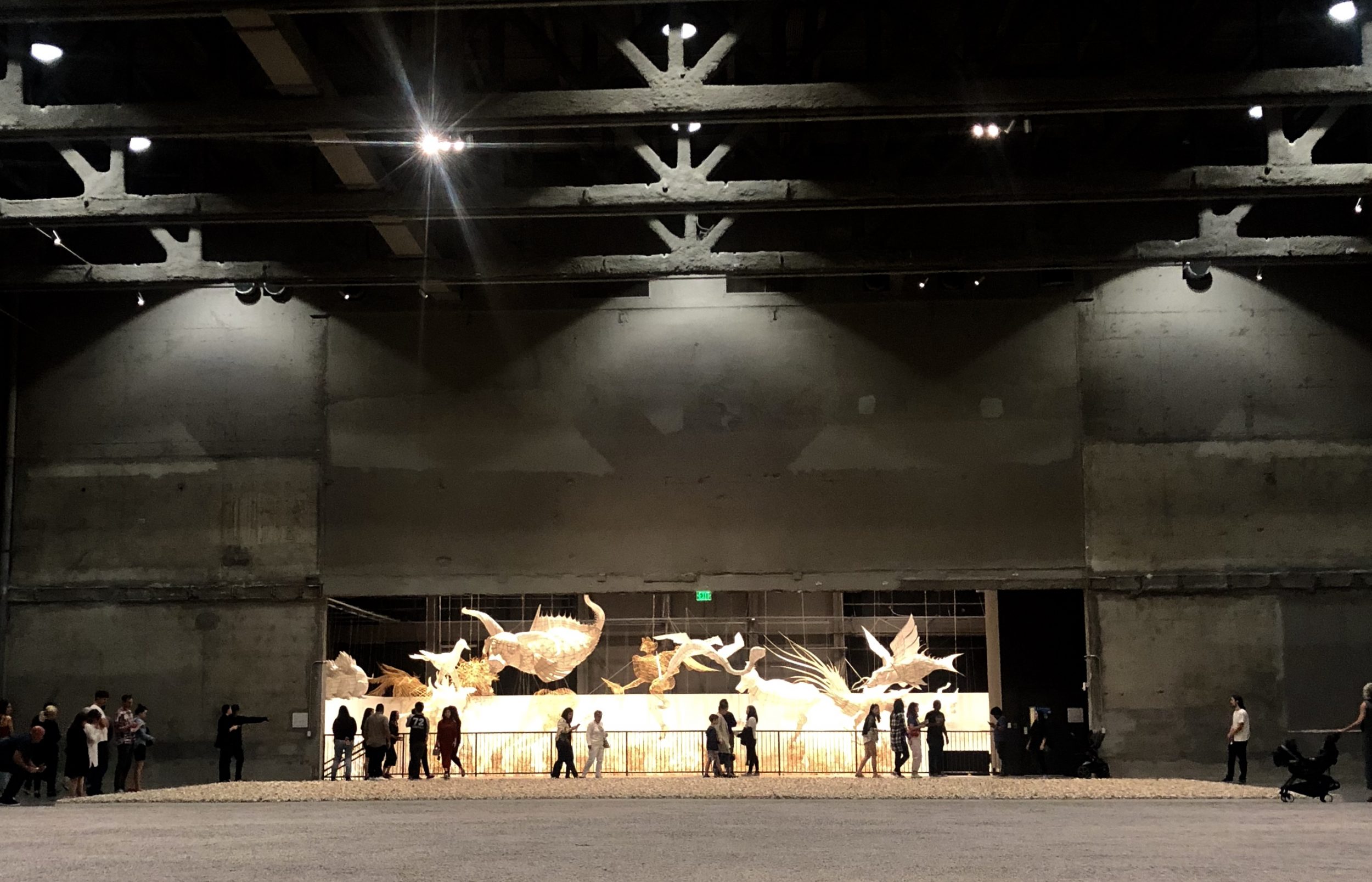 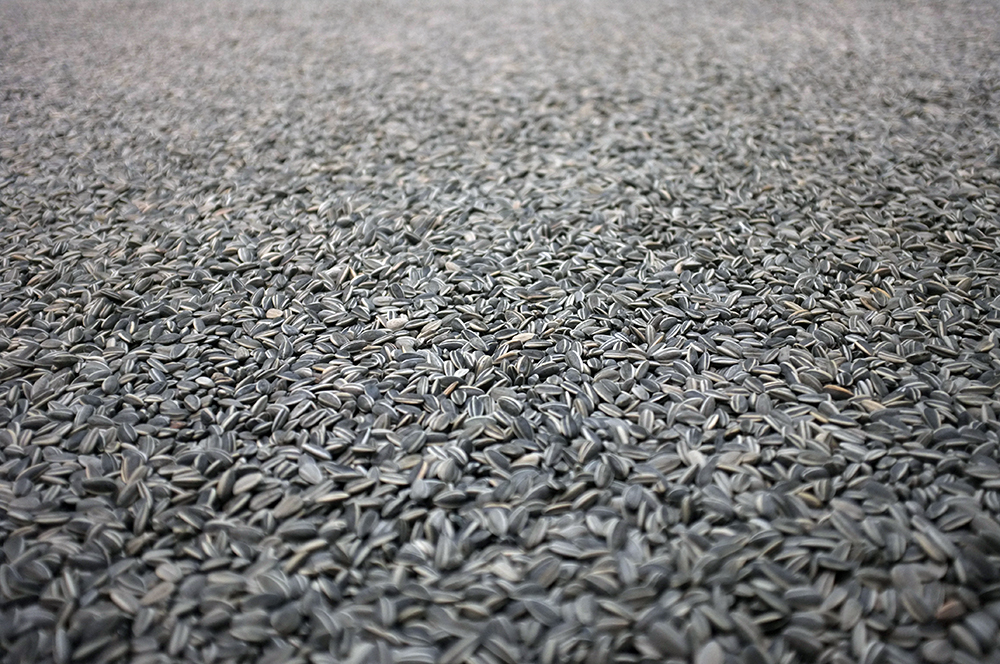 In the Theater Gallery, Sunflower Seeds (2010), is composed of 49 tons of individual porcelain sunflower seeds made by 1600 artisans from an ancient porcelain production center in Jingdezhen, in China’s Jiangxi province. This installation further expands upon reoccurring themes, such as authenticity, the individual’s role in society, geopolitics of cultural and economic exchange. The work also brings to mind the propaganda posters of the Cultural Revolution, depicting Mao Zedong as the sun and the citizens as sunflowers turning toward him.

Spouts (2015) piles together thousands of antique teapot spouts dating as far back to the Song dynasty (960–1279). Following Ai’s practice of repetition and multiplication, Spouts can be seen as a metaphor for a mass of mouths, and a widespread yearning for freedom of speech despite its continuing restriction throughout many societies. Spouts was previously exhibited in Galleria Continua in Beijing, the 21er Haus in Vienna, and the Sakip Sabanci Museum in Istanbul. This is the first time the complete work is on view. 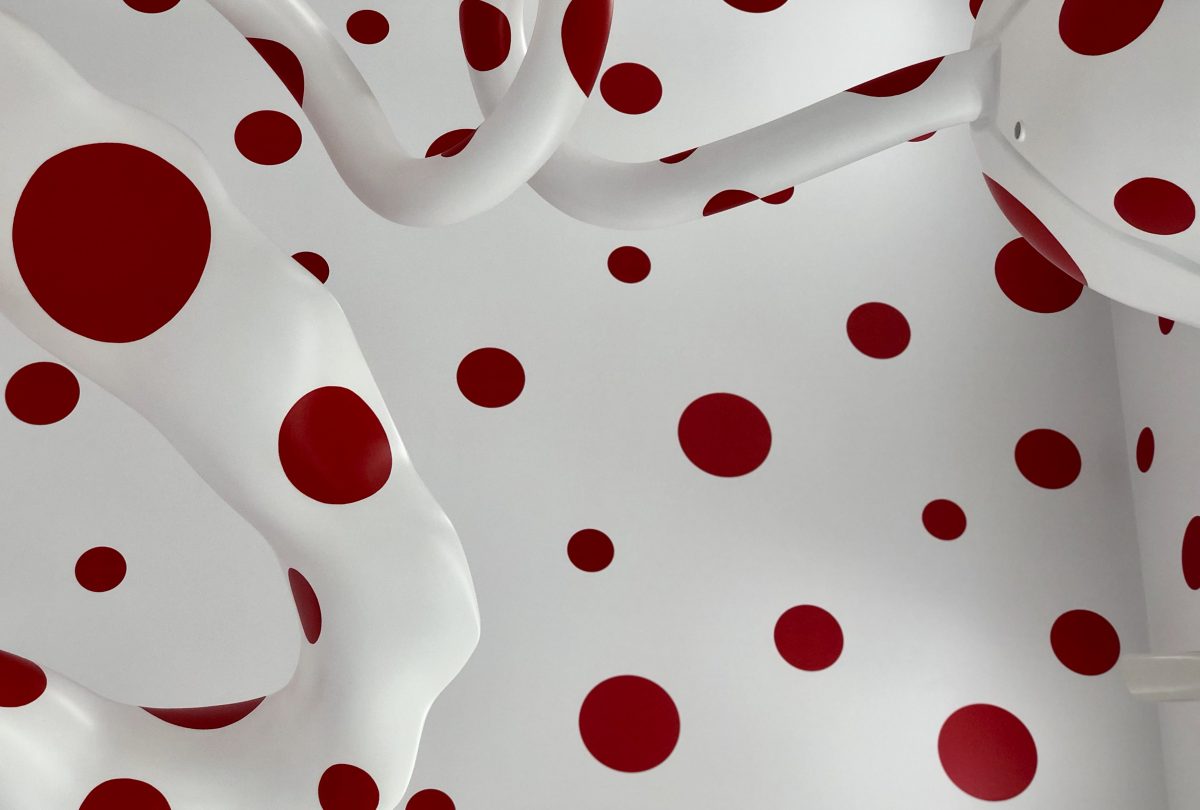 And here we meet again. Berkeley Bespoke is travelling around the World to experience Art on a different level 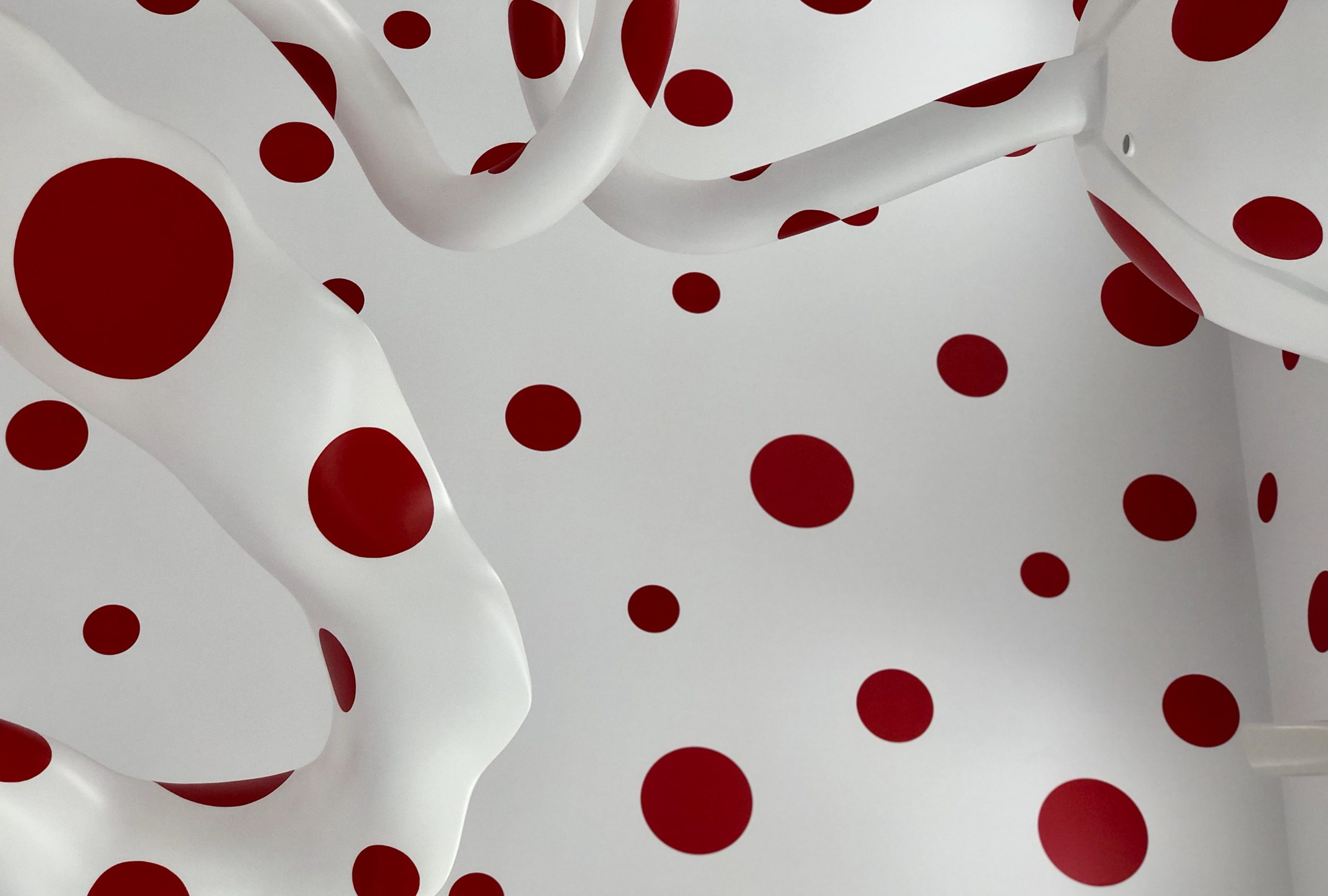 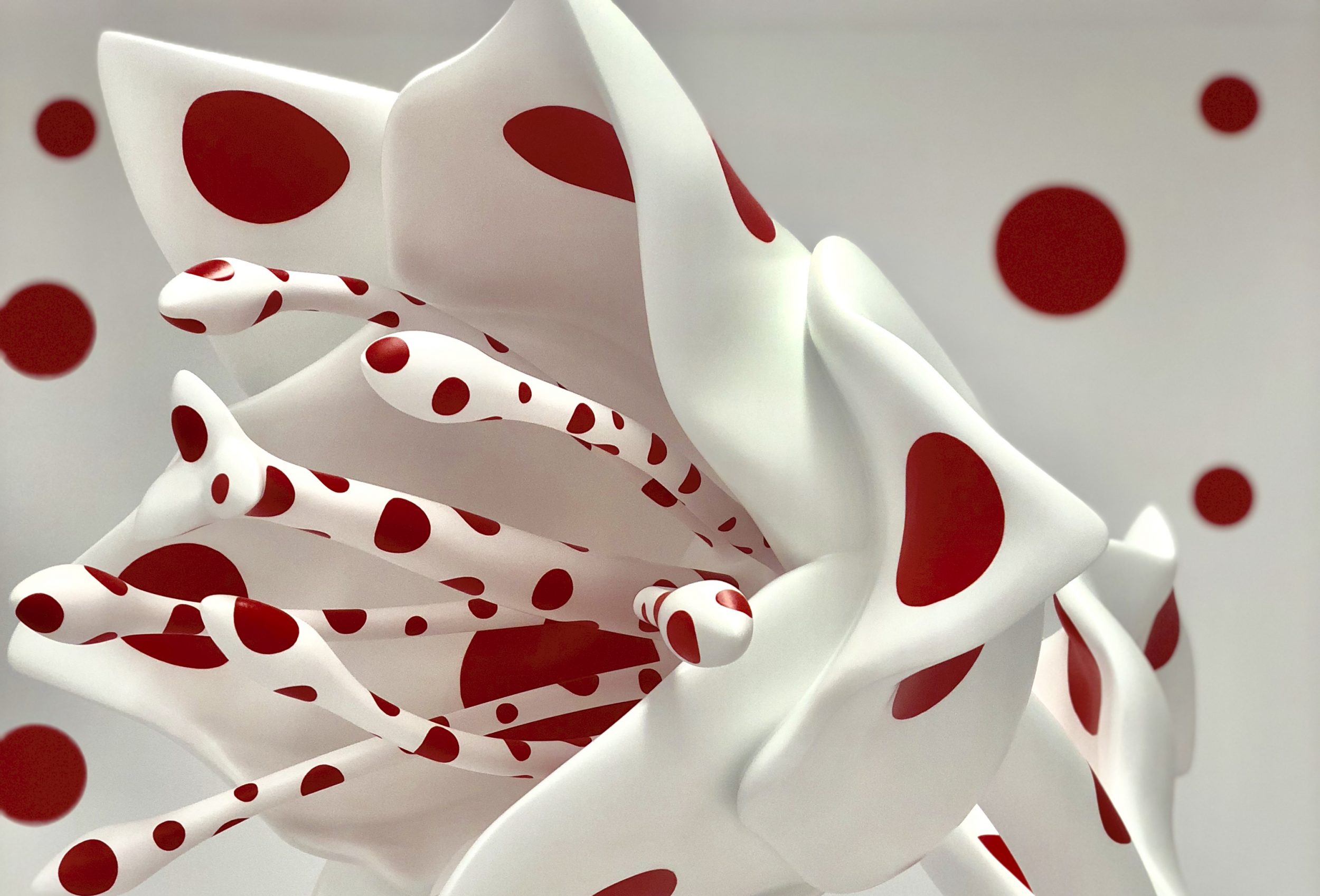 Pioneering multimedia artist Yayoi Kusama’s work has transcended some of the most important art movements of the second half of the 20th century, including pop art and minimalism. Born in 1929 in Matsumoto, Japan, Kusama studied painting briefly in Kyoto before moving to New York City in the late 1950s.

She began her large-scale Infinity Net paintings during this decade and went on to apply their obsessive, hallucinatory qualities to three-dimensional work. In a unique style that is both sensory and utopian, Kusama’s work—which spans paintings, performances, room-size presentations, sculptural installations, literary works, films, fashion, design, and interventions within existing architectural structures—possesses a highly personal character, yet one that has connected profoundly with large audiences around the globe. Throughout her career, the artist has been able to break down traditional barriers between work, artist, and spectator. 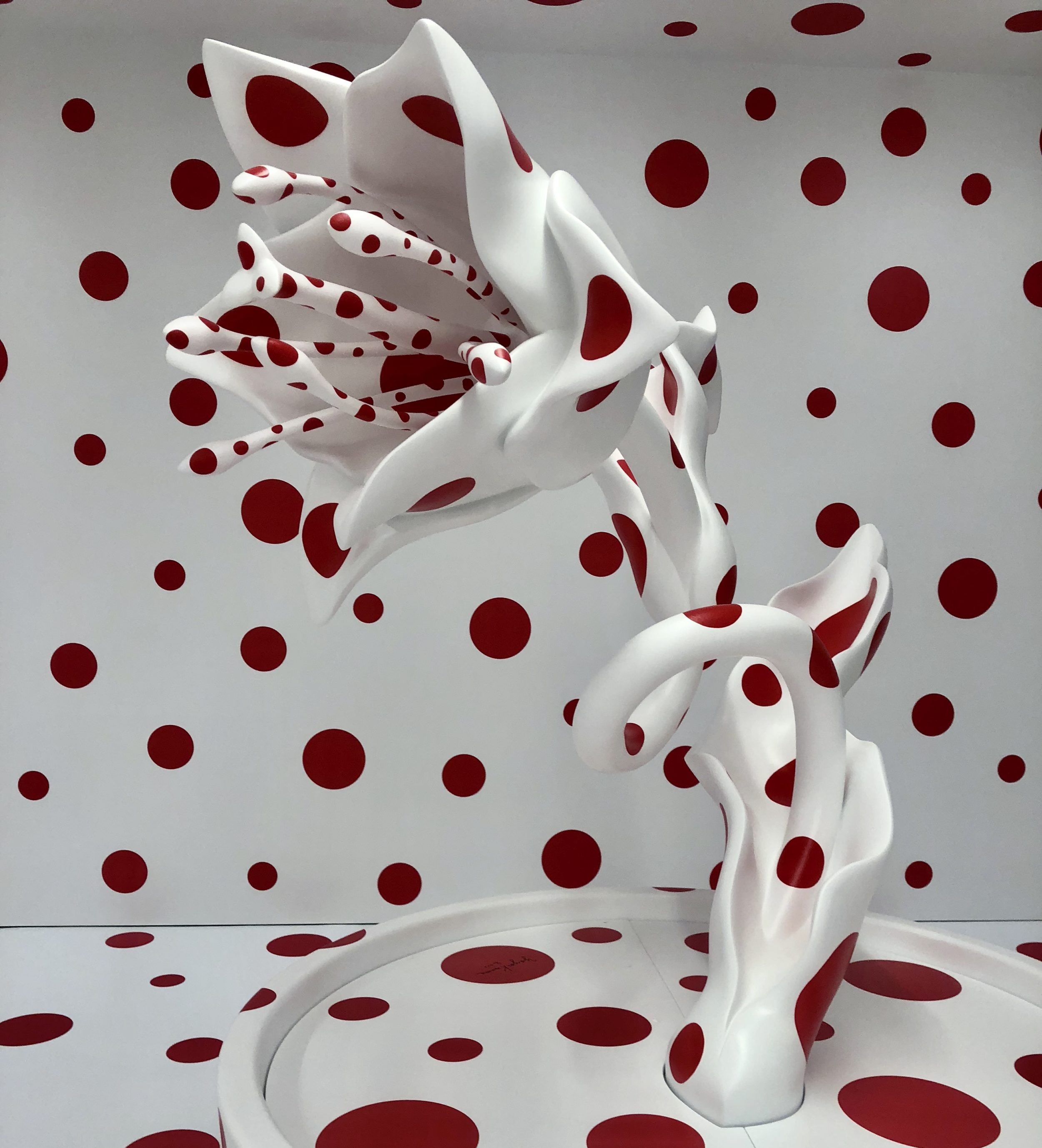 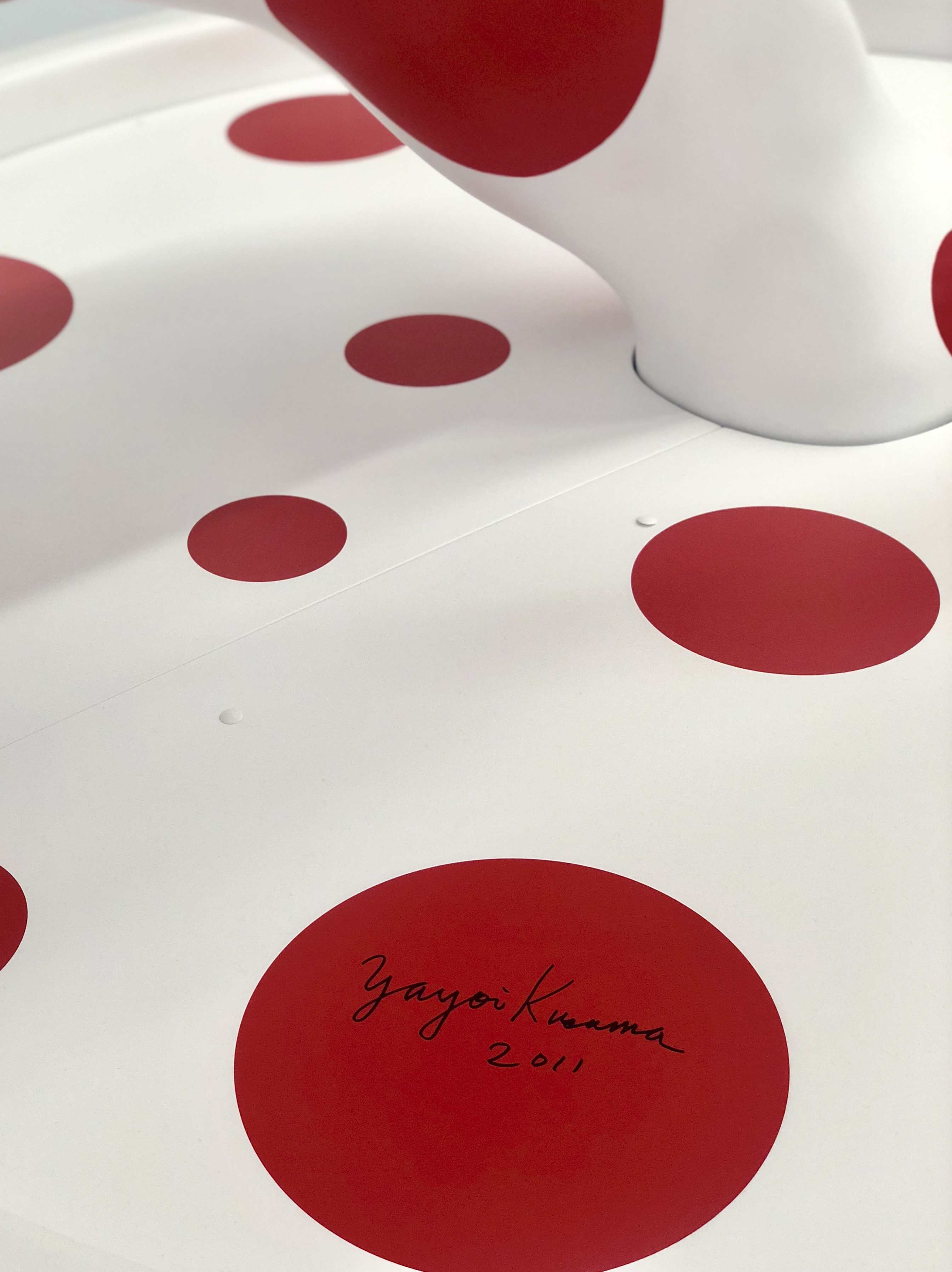 Kusama’s exuberant sculptural installation With All My Love For The Tulips, I Pray Forever (2011) exemplifies the dualism found throughout her work between the organic and the artificial. Shown here for the first time in Los Angeles, the oversized flower-potted tulips made from fiberglass- reinforced plastic are painted with the same red polka dots as the floor, ceiling, and walls, creating an immersive viewing experience while at the same time diminishing the appearance of depth.

This work exemplifies Kusama’s singular vision and her distinctive gift for drawing viewers into the work on a deeply visceral level. Kusama currently lives and works in Tokyo. 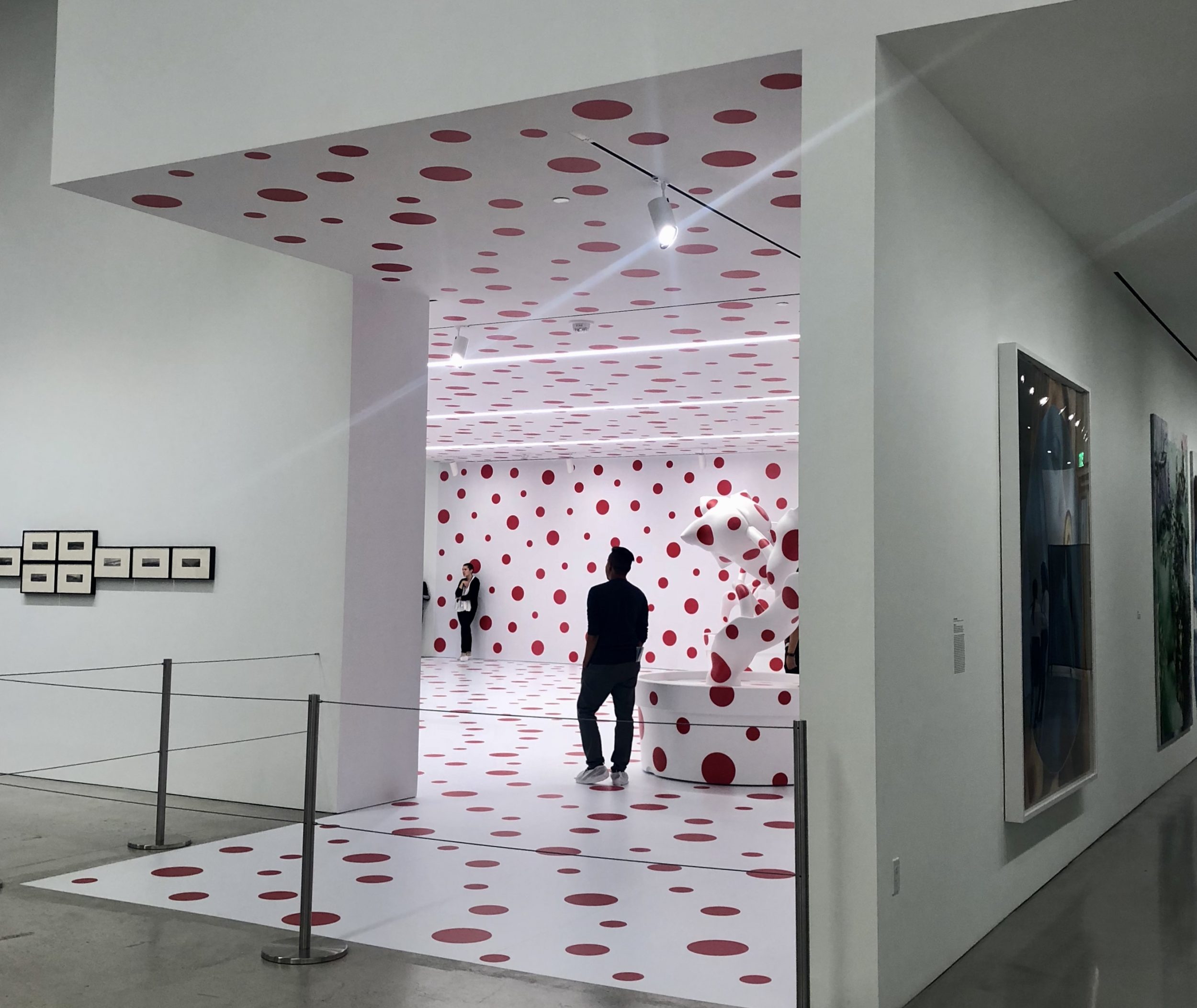