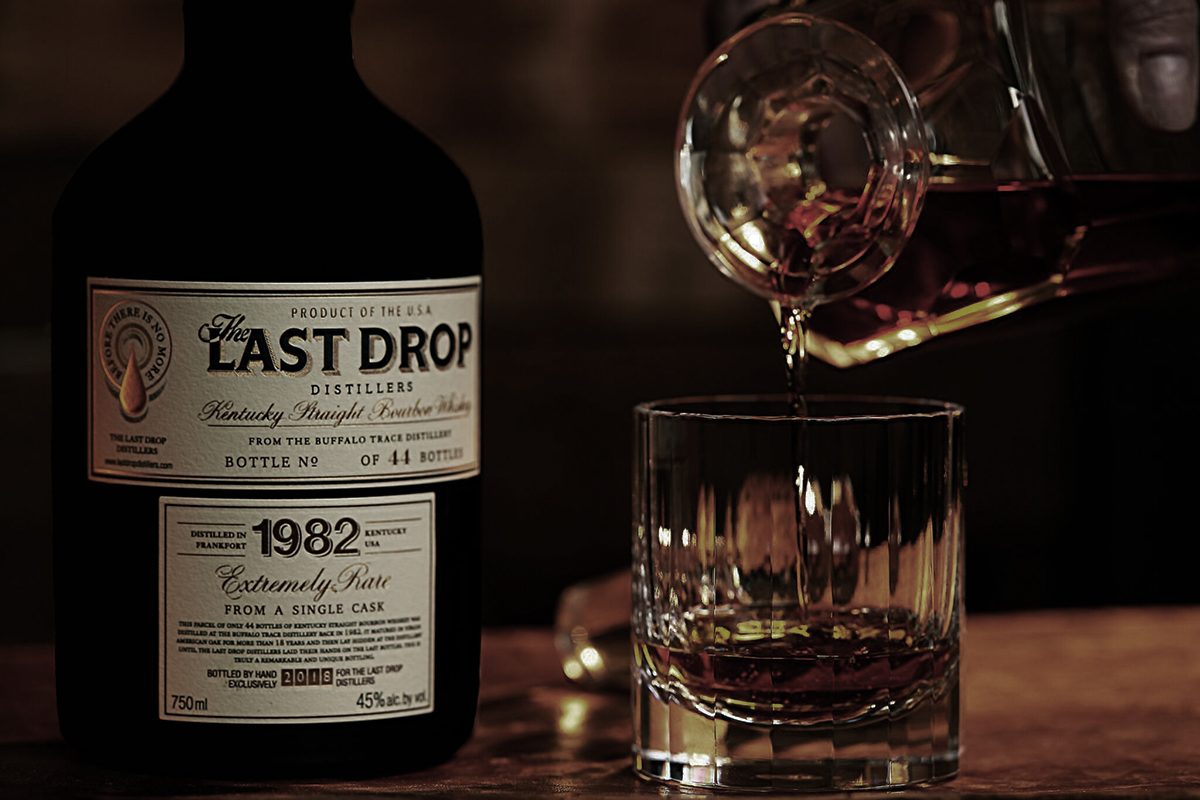 With only 44 bottles in existence, the launch of this extraordinary discovery is the latest addition to The Last Drop Distillers 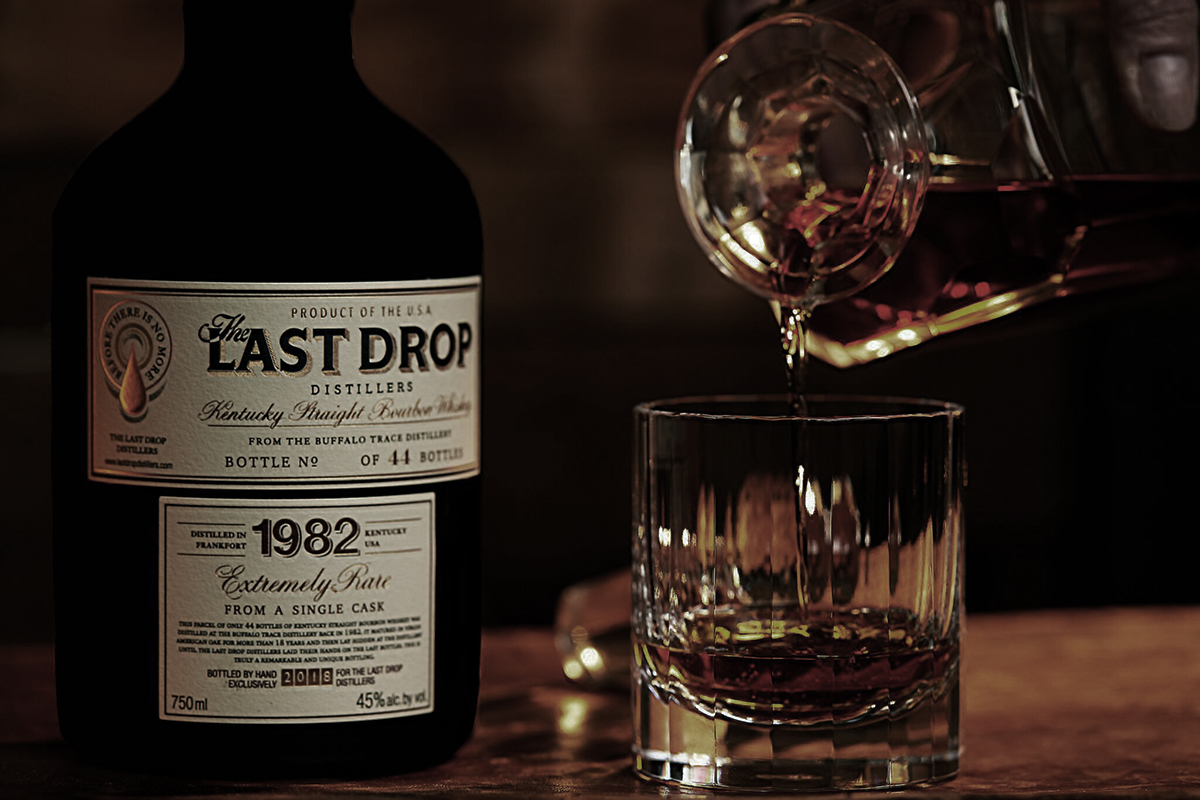 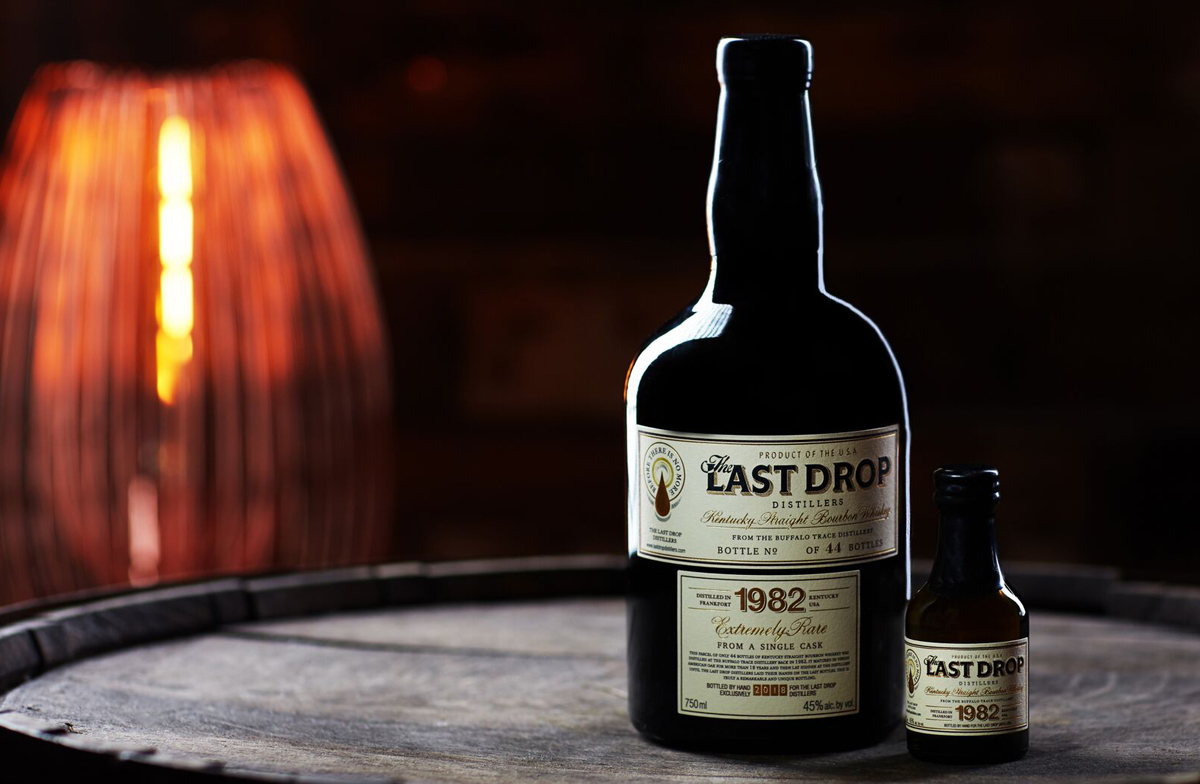 The Last Drop Distillers has launched a 1982 Bourbon from award-winning Buffalo Trace Distillery as their 13th release in the company’s 10- year history. With only 44 bottles in existence, the launch of this extraordinary discovery is the latest addition to The Last Drop Distillers’ already exceptional roster of rare spirits.

The unique whiskey, distilled nearly four decades ago, is the very last of this Bourbon from the Buffalo Trace Distillery. At its peak, it was removed from the American oak barrels in order to avoid over-ageing and to preserve its beautiful constitution that gracefully defies its years. The nose of marmalade mixed with coffee is complemented by the palate of tropical richness and a finish of vanilla notes and oak. 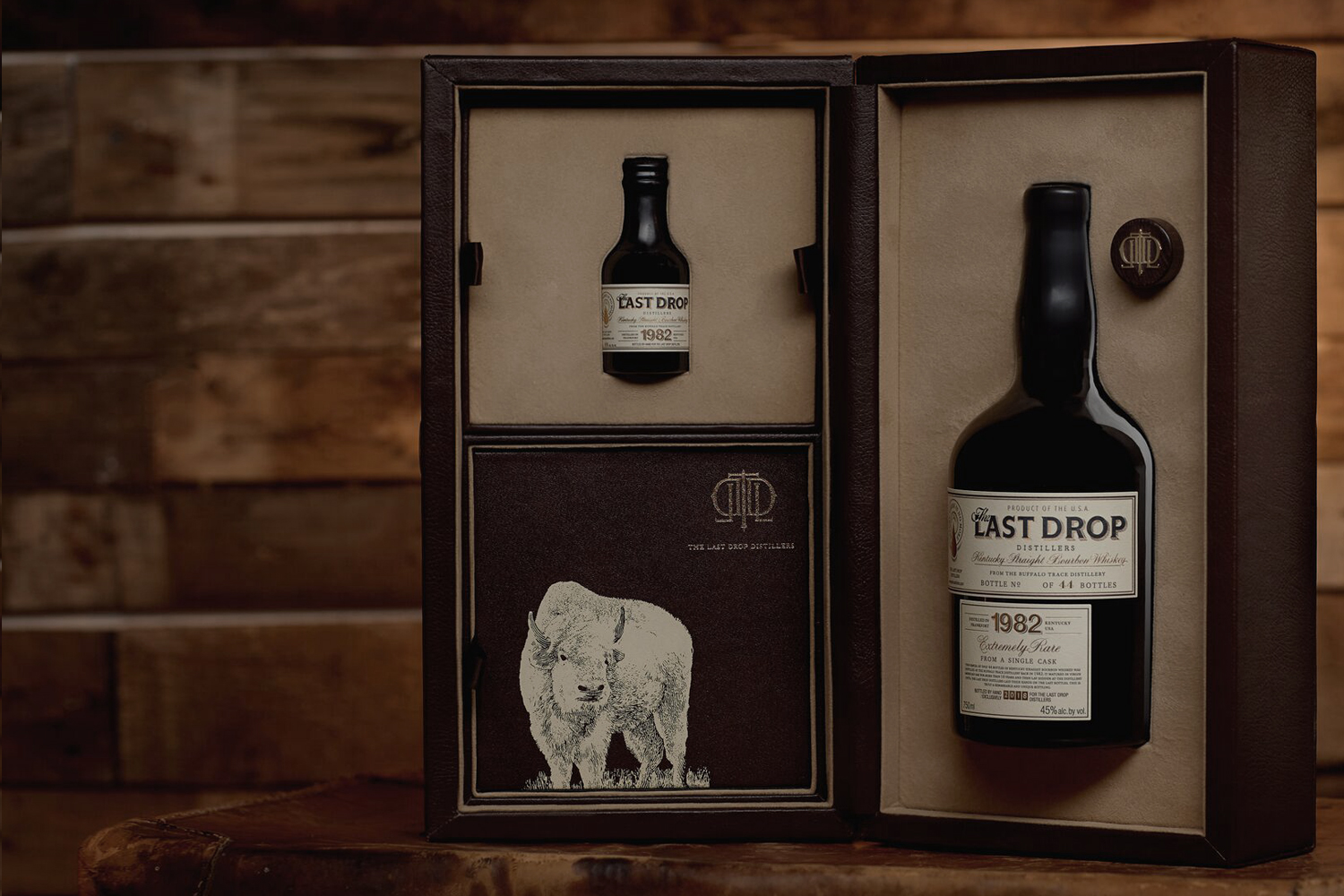 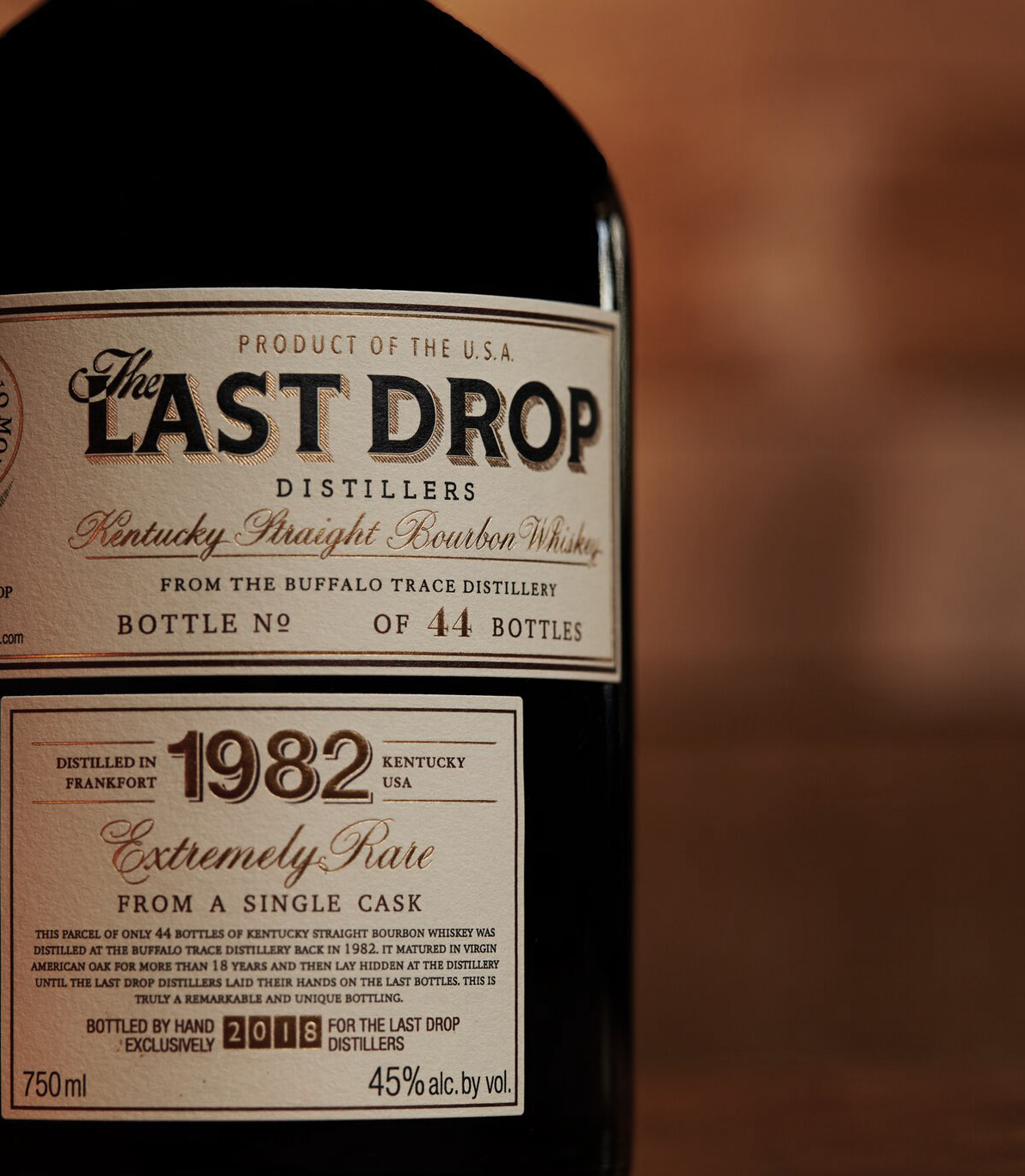 The Last Drop Distillers aim to bring exceptional, rare old spirits to aficionados and collectors with an appreciation for the finest drinks. A one of a kind spirit, like this 1982 Bourbon, is a window into the past, a glimpse of the original skill and artform of distillers and blenders, and a magical moment to be savoured and remembered. In the same year this Bourbon was distilled, Michael Jackson’s Thriller was the biggest selling album, E.T hit the box office, Sony launched the world’s first CD player and the Computer was named Time Magazine’s Person of the Year. In the years that followed,music tastes changed, CGI opened up the world of film and technology advanced in ways wecouldn’t have imagined. But this Bourbon has remained unchanged. It is a reminder of an era lessthan 40 years ago but since which we have seen seismic and unprecedented change.

Acquired by Sazerac in 2016, this is The Last Drop’s first release of an American Whiskey. It is ofparticular pride to the team that it hails from the world famous Buffalo Trace Distillery, deep in the heart of Kentucky.

Mark Brown, President and CEO of Sazerac said, “We have always admired TheLast Drop’s dedication to sourcing the World’s rarest spirits and this launch comes as no exception.This Bourbon, distilled, aged and bottled at our very own Buffalo Trace Distillery, echoes the great relationship between Sazerac and The Last Drop and it is one we are looking forward to growing formany years to come.” 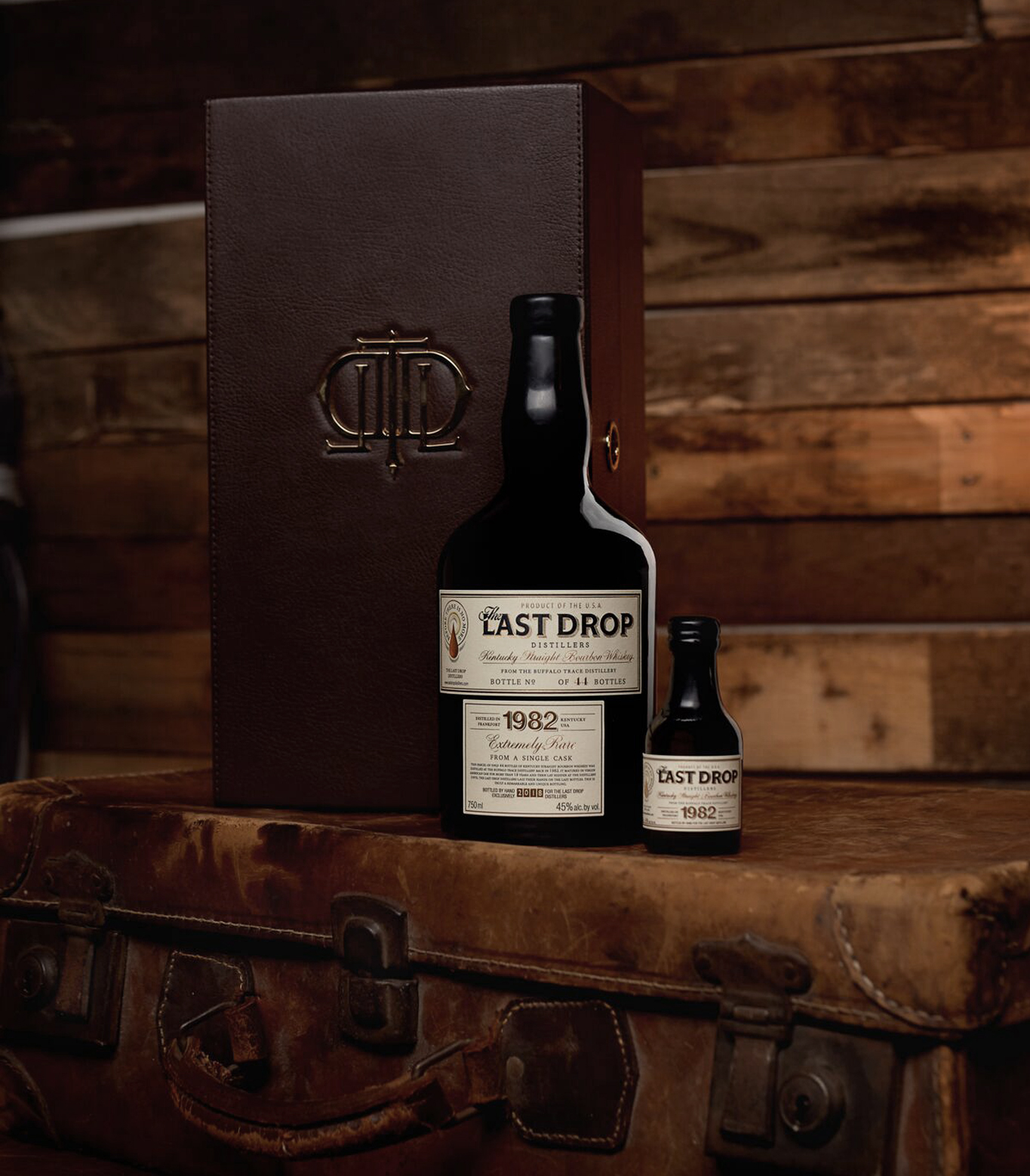 UK stockists can be found at www.lastdropdistillers.com/stockists