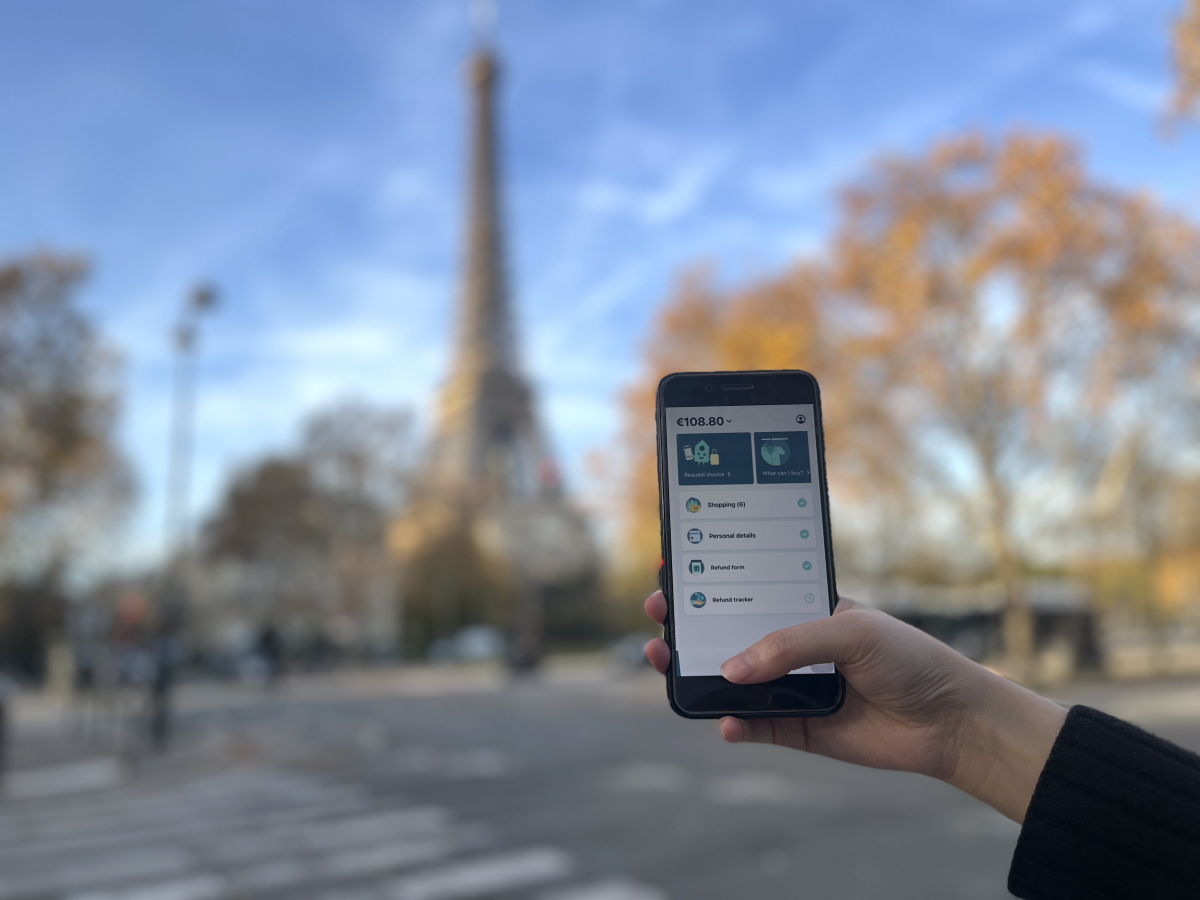 With the unwelcome news that international shoppers can no longer claim VAT refunds on purchases made in the UK and the days of tax-free shopping for high-ticket luxury goods at UK airports a thing of the past, more and more tourists are flocking to Paris to shop.

As some of the world’s most desirable brands and fashion houses open impressive flagship stores on the iconic streets of Rue Cambon, Avenue Montaigne, and Rue Saint-Honoré, the city of lights is fast becoming the shopping capital of Europe as shoppers look to capitalise on tax-free shopping.

A game-changer in taking the hassle out of claiming VAT refunds, Wevat is a digital VAT refund provider designed to digitalise VAT refunds for travellers shopping in France all via a seamlessly easy to use app.

Founded in London back in 2016, this clever solution is backed by a number of experienced investors including Andy Phillips and Sweet Capital and is integrated with popular payment methods Alipay and WeChat Pay making claiming easier than ever before.

Eligible travellers who are non-EU residents over 16, visiting France for less than six months and leaving the EU within 3 months can enjoy a VAT refund on coveted luxe items across clothing, cosmetics, watches, jewellery and electronics to name a few. This is particularly appealing to British residents who can now enjoy tax-free shopping perks in Europe post-Brexit.

Regulated by French customs, Wevat is already recognised in a number of high-end boutiques and department stores with more and more retailers recognising digital tax reclaim as the app’s popularity continues to grow.

The seamless flow of Wevat has revolutionised the hassle often associated with typically claiming tax back from stores, users of the app don’t need to carry their passport with them as the app stores all of the required information and to make things even easier, users simply scan a barcode from the app at the point of departure rather than carrying endless forms.

With only a minimum of €100 spend per trip to be eligible for tax reclaim, Wevat has also inevitably made tax-free shopping more accessible than to just those shopping high-end as there is no minimum spend per purchase as long as the accumulated spend equals €100.

Simply take photos of your purchase invoices and scan the barcode in the app on departure. Wevat then typically refunds you within 7 days with a choice of over 50 currencies to be refunded by way of bank transfer, credit card, Alipay or WeChat pay.

Users of the app are encouraged to ask stores for a “facture” meaning invoice addressed to Wevat for ease and can benefit from receiving refunds of around 13.4% which is comparably higher than the traditional 8-12% by claiming using traditional tax refund.

You’ll quickly wonder how you ever went on a Parisian shopping spree without Wevat!