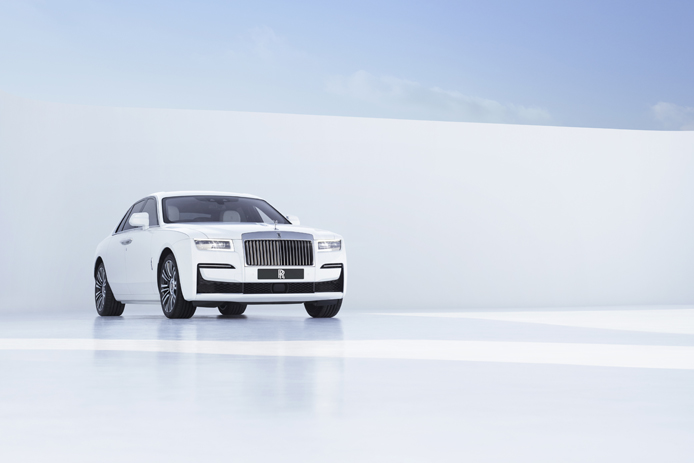 Standing as the most successful model in the history of Rolls-Royce over its 116-year history, Ghost has been the answer to a more compact and understated way of owning a Rolls-Royce for the last decade. Now in an era of post-opulence, a new generation of this icon sets a benchmark as the customer-centric carmaker meets the demands of its clients’ wishes for a minimalist yet uncompromisingly luxurious automobile. 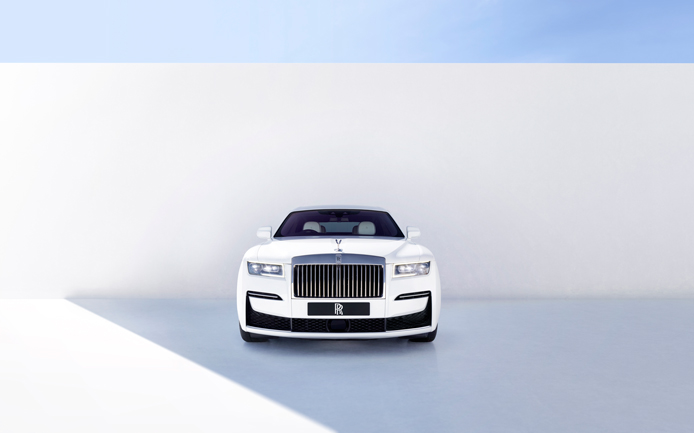 Over its ten-year reign, it quickly became apparent that those who chose a Ghost over a Phantom (or indeed as well as) were self-driving and as such the New Ghost caters to an unrivalled driving experience for the driver as well as those who prefer to be chauffeured.

Steering away from the heavily assumed extravagance Rolls-Royce is often associated with, Ghost is simplistic in its design yet unmistakeably Rolls-Royce and, as one would expect, crafted from the most exquisite materials.

First and foremost, the New Ghost is 30mm wider than its predecessor, which adds assertiveness to its presence. Twenty LED lights subtly illuminate the vanes of the front grill, and in a first for the marque, the Spirit of Ecstasy sits within the bonnet rather than being surrounded by panel lines as with other models.

Equally proportioned windows between passenger and driver echo the fine balance between driving the New Ghost and being driven in one and for the first time, clients can effortlessly open the doors using power assistance should they choose not to use the door-closing button synonymous with Rolls-Royce. 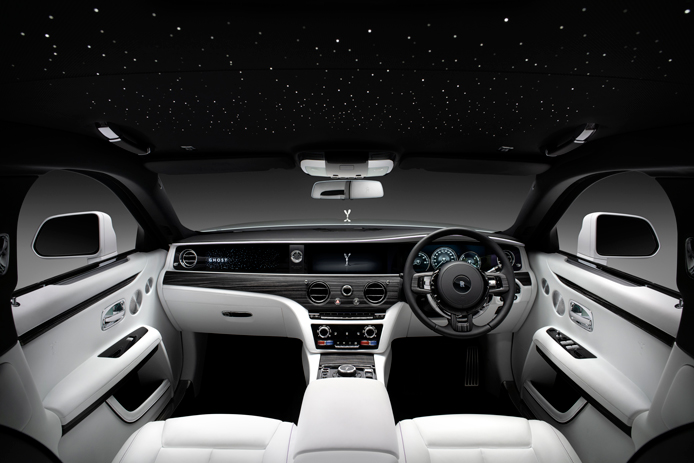 As subtly striking on the inside as it is on the outside, the New Ghost is a true celebration of the fine materials appreciated within and does away with fussy embellishments and overcomplicated detailing. Perfectly straight stitching and immaculately flawless leather panels set the tone for the sleek interior which is paired with one of two open-pore finishes of wood set. Acting as a centrepiece, an illuminated fascia elegantly twinkles when the lights are operational as 152 LEDs sparkle to create a Ghost nameplate surrounded by more than 850 stars to the passenger side of the dashboard.

From its bespoke audio system to a pioneering micro-environment purification system, the Ghost is by far the most technologically supreme motorcar the marque has produced to date.  Key safety features ensure for a comfortable drive and include everything from a four-camera system to lane change warnings and collision warnings all enhanced by a heads-up view on the dashboard. 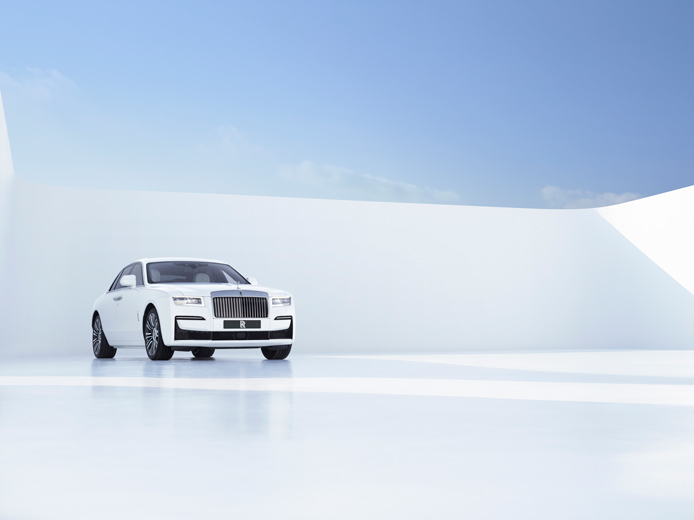 Unsurprisingly, The new Ghost is also engineered to absolute perfection. Fully equipped with an impressive 6.75 litre twin-turbocharged V12 engine, Rolls-Royce has once again taken client feedback to develop the petrol powered engine further. This has resulted in an almost instant torque and practically silent engine thanks to the clever air intake system which reduces the sound in the interior suite.

Perfectly suited to almost any environment, the new Ghost offers the ultimate driving experience and has once again redefined Rolls-Royce as the pioneers in manufacturing luxury automobiles.