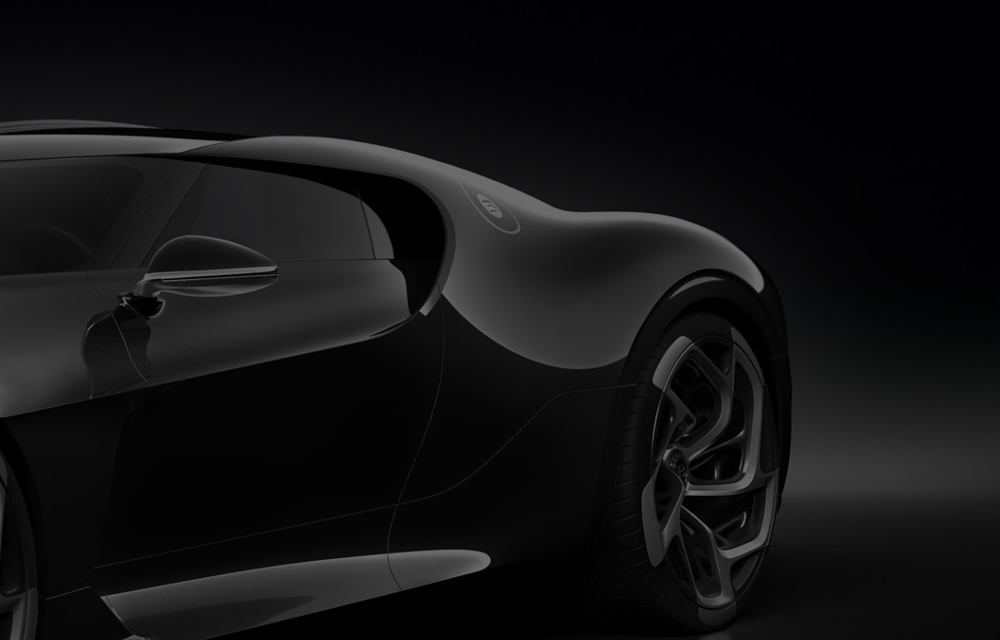 Where supercars and the latest speed machines flirting with autonomous technology and graceful designs. This year’s Geneva Motor Show is arguably the most tech-savy and sublime, with the high performance figures traditionally touted by internal combustion engine supercars replaced by sporting batteries and electric motors. 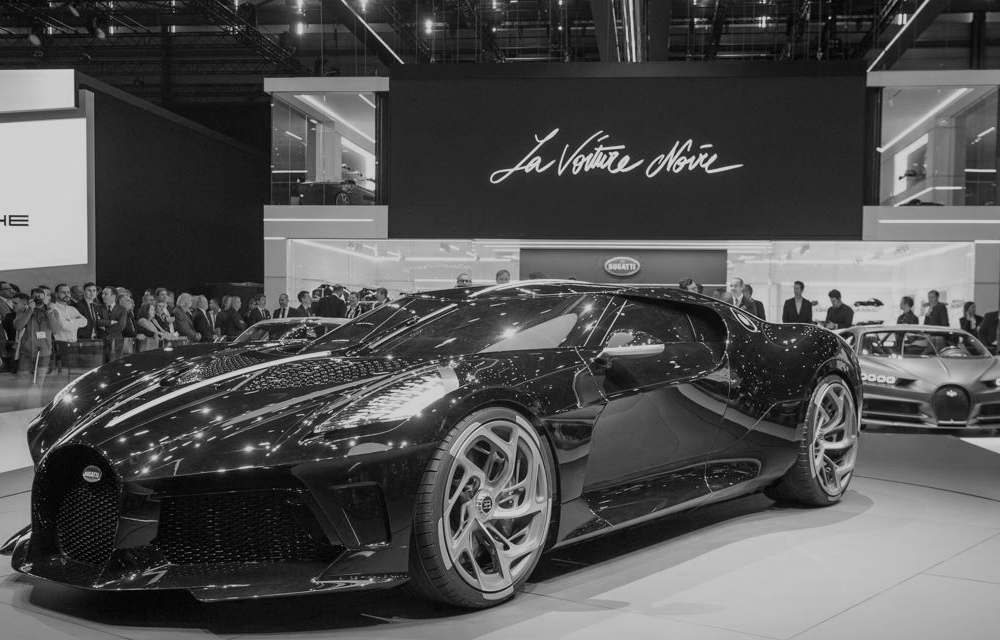 A pioneering spirit, passion for perfection and the desire to continually redefine its limits have been the key characteristics of BUGATTI since it was founded 110 years ago.

In terms of exclusivity, performance and luxury, the new “La Voiture Noire” is every inch the equal of Jean Bugatti’s masterpiece. It is the perfect manifestation of BUGATTI’s cornerstones: “dynamic, luxury and elegance”.

“La Voiture Noire” is an opus of elegance and finesse. Purism and elegance are reflected in every surface and continued into each minute detail. The windscreen seems to flow seamlessly into the windows like the visor on a helmet. The newly designed bumpers are smoothly integrated into the body. Clear lines guide the eye subtly over the surface, which seems to blend into a single piece. With its extended front end and the distinctive BUGATTI Signature line, “La Voiture Noire” creates an elongated impression. Its elegant waistline accentuates the coupé’s contours. At the rear, six tailpipes bear witness to the incredible power of “La Voiture Noire”. Subtly incorporated into the overall appearance, they hint at the strength of the car’s heart, the iconic 16-cylinder engine. 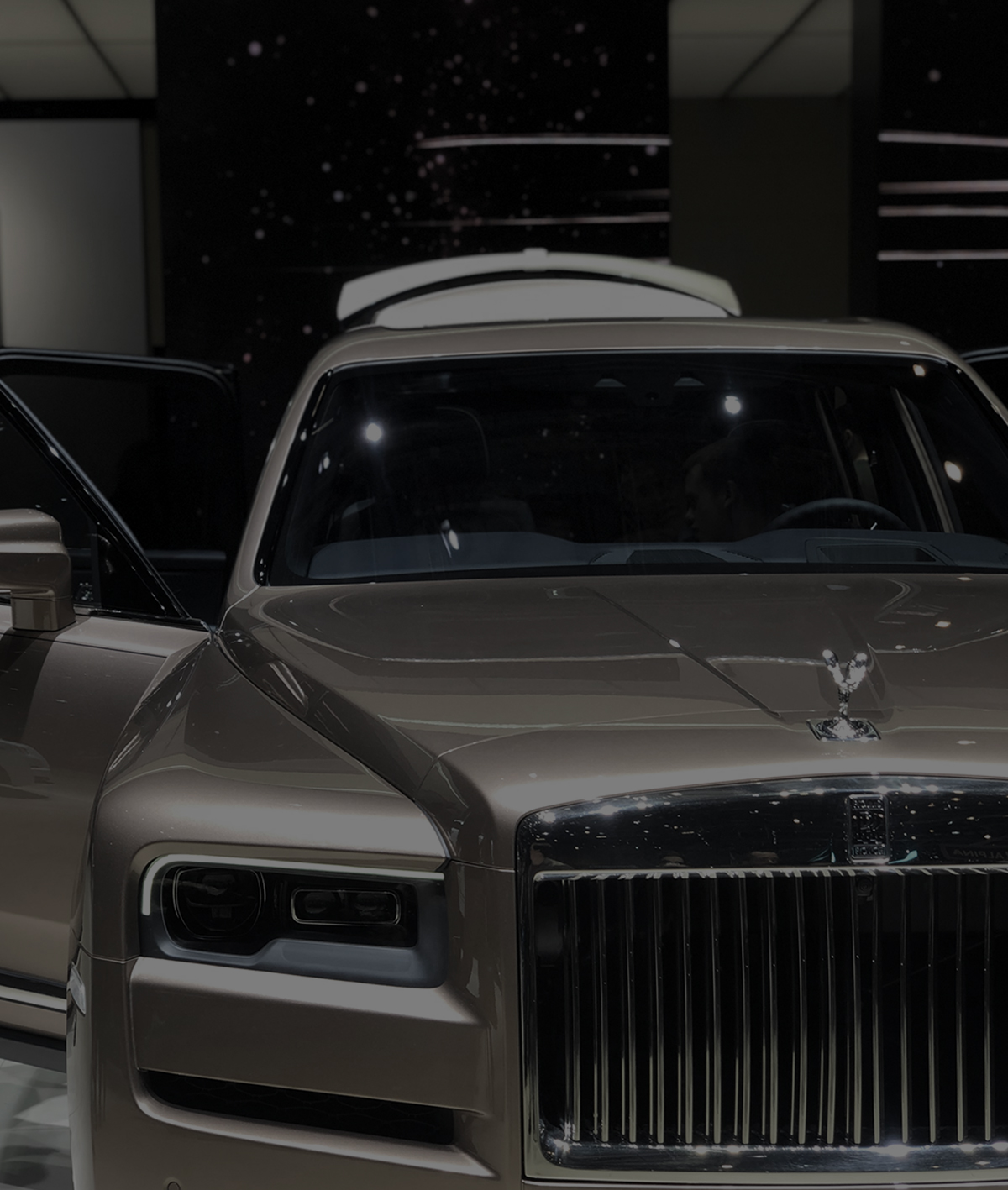 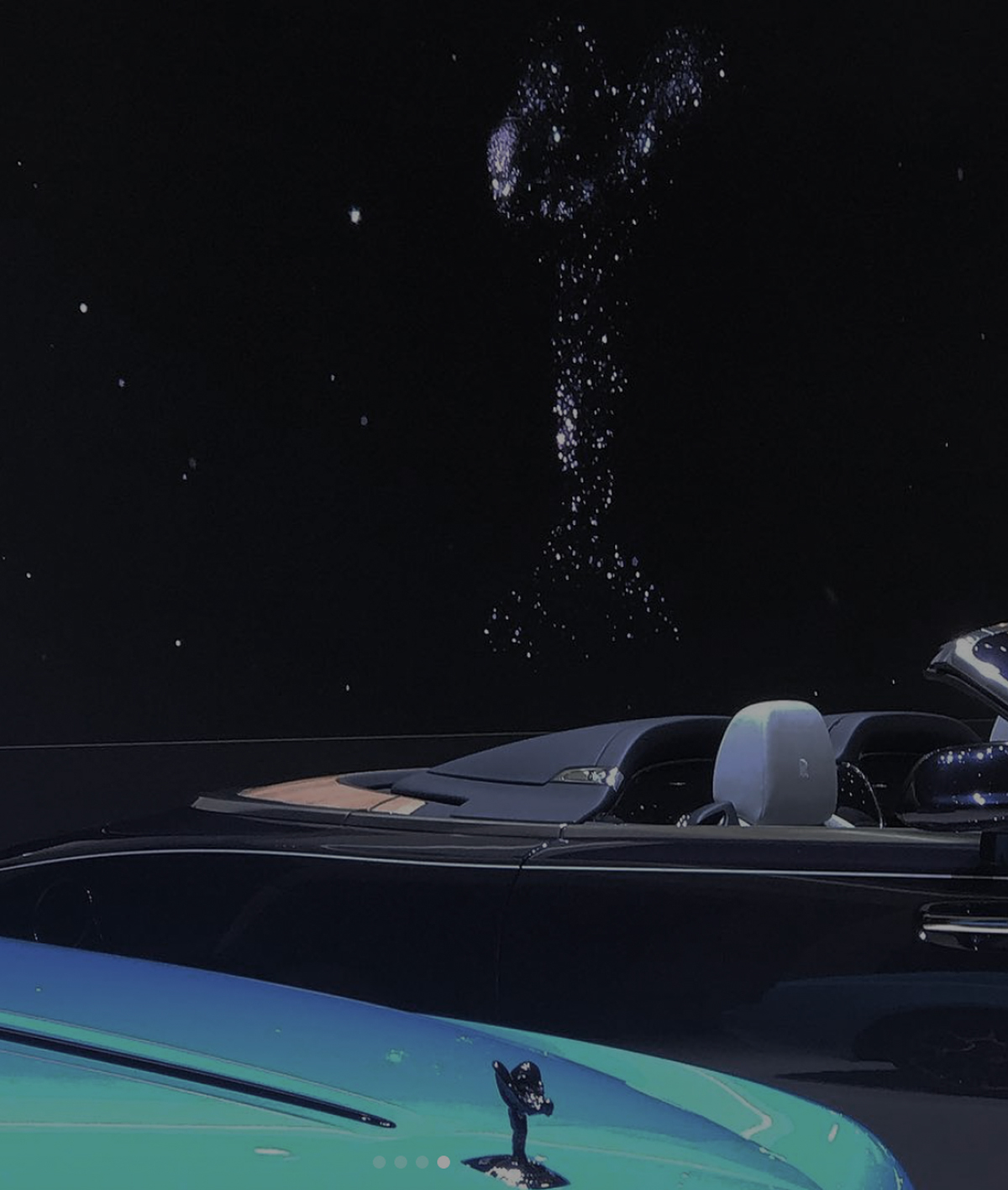 Rolls-Royce Motor Cars returned to the Geneva Motor Show and debuted its full current product portfolio for the first time on an international stage. Representing the near-infinite Bespoke possibilities at the heart of its record-breaking success in 2018, the marque presented one of an extraordinary collection of 25 Phantoms alongside the first publicly-revealed Bespoke Cullinan commission. In addition, two powerful visions of Black Badge and a highly Bespoke Dawn was revealed, each informed by the taste patterns of a younger, more assertive breed of entrepreneur drawn to the brand.

Following its global launch in the peaks of the Grand Tetons, Wyoming, the World’s media declared Cullinan unequivocally “Effortless Everywhere”. This transformative all-terrain vehicle has now begun a remarkable Bespoke journey with the marque’s patrons who continue to create truly personal expressions of their lifestyles. An exclusive Cullinan has been curated in recognition of this extraordinary adventure.

To the rear, the brand’s Bespoke Collective of designers, engineers and craftspeople present Genève 2019’s most indulgent expression of all-terrain luxury. Mounted within a removable Recreation Module modestly stowed in the motor car’s boot, The Hosting Service embodies the notion of giving pause to extraordinary company and is perfectly appointed to enrich time spent with loved ones. 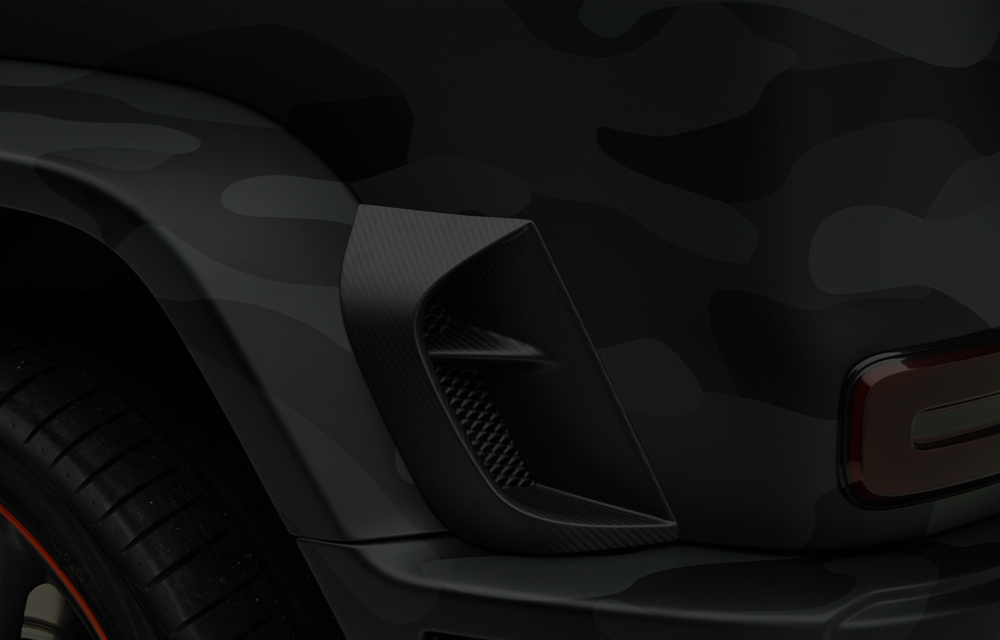 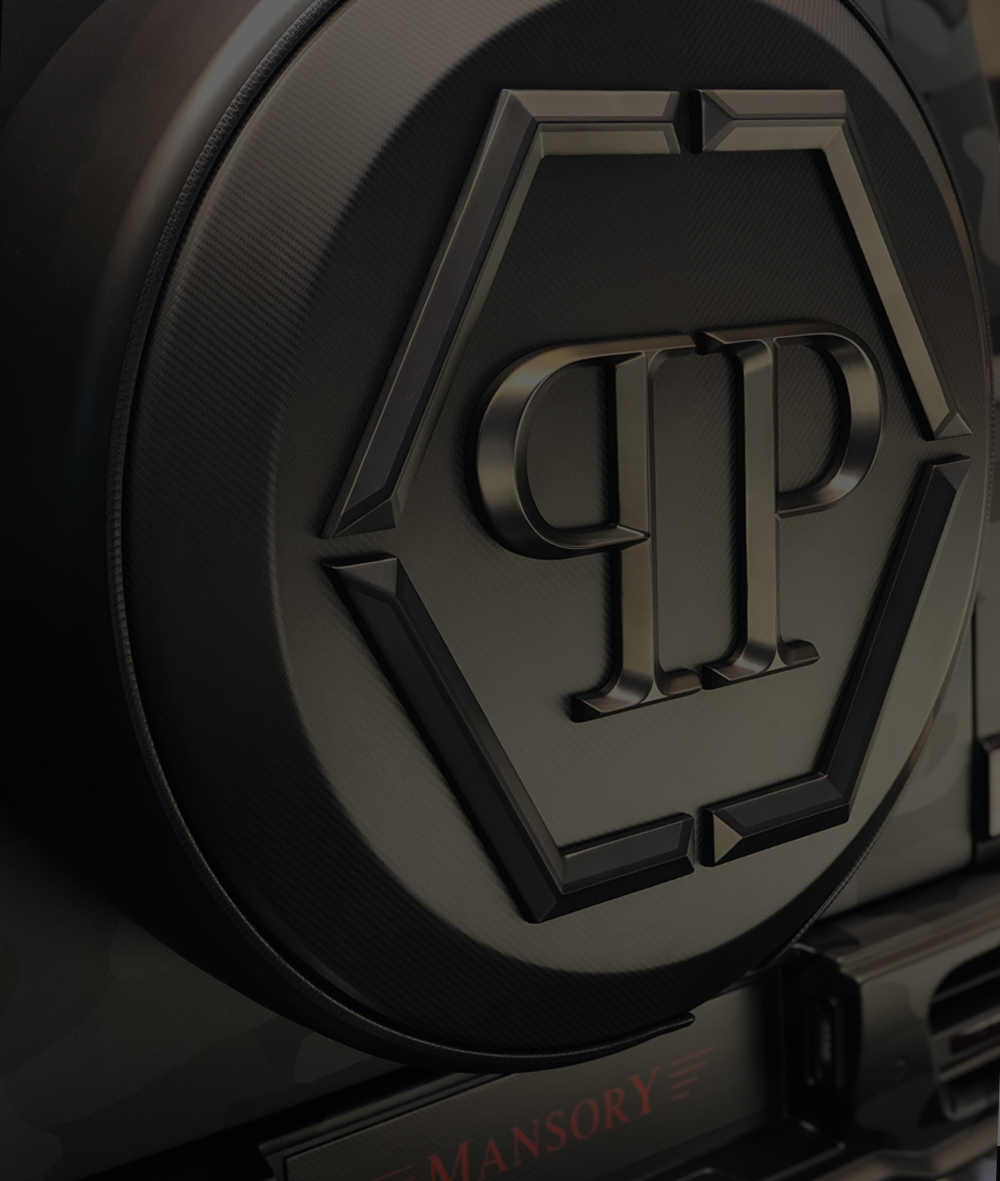 Welcoming another creation by Philipp Plein themed model, created with Mansory at the Geneva Motor Show 2019 – is this Mercedes-AMG G 63. Fitted with a complete widebody kit, the Mansory Star Trooper is also part of a limited production run of 20 vehicles which start at 550,000 euros each.

Showcasing the new front bumper with wider rear arches and a new rear apron. The bonnet is new with additional venting and the amount of LED lighting also increases. Mansory describes the paint job as “50 shades of Grey Camouflage”. The engine has been reworked too. New turbochargers, downpipes and an exhaust system boost power from 585 bhp up to 850 bhp with torque increasing from 850 Nm up to 1,000 Nm. 0 to 100 km/h takes just 3.5 seconds with a top speed in excess of 250 km/h.

The Mansory interior features Philipp Plein logos throughout, even embossed into the seats. There are touches of carbon fibre and red stitching to match the exterior LED’s. Mansory is on fire!